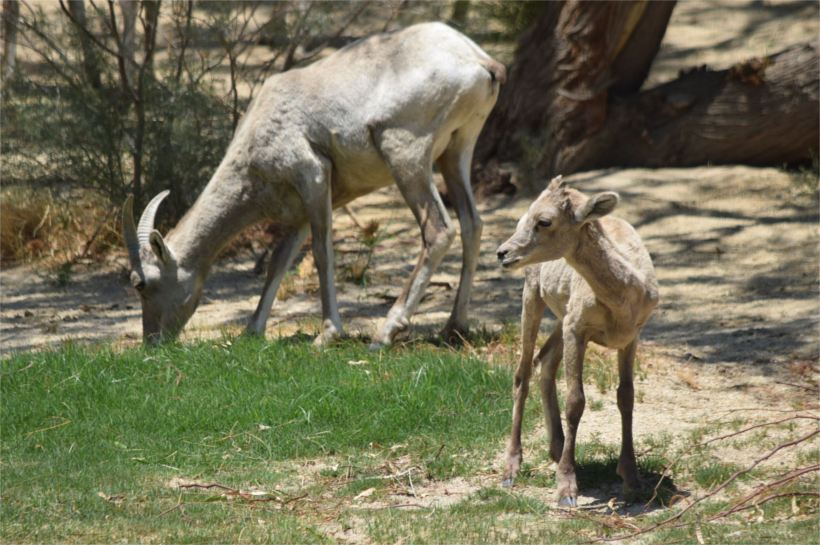 This week, California Department of Fish and Wildlife (CDFW) biologists have confirmed that two more Peninsular bighorn sheep are dead, which makes a total of five deaths since May 6. All appear to have succumbed to respiratory problems near La Quinta, CA golf courses. Authorities are still waiting on the final results of necropsies for the dead lambs.

CDFW biologists had been keeping watch over the two bighorn lambs that recently died and CDFW wildlife biologist Kevin Brennan told The Desert Sun prior to their deaths that he had observed at least four more within the SilverRock area that looked like they wouldn’t survive much longer.  But, like any wild animal, there is a possibility that they could rebound on their own, which is why Brennan says that they don’t plan to “intervene and euthanize.”

As goHUNT previously reported, Brennan and Aimee Byard, a biologist and associate director with the Bighorn Institute, believe that the close proximity of animals within these golf courses only add to the problem – in the wild, there is more distance between herds, which can lessen the spread of disease.

In 2014, the city and the Coachella Valley Conservation Commission (CVCC) were directed to install an 8’ high barrier to keep bighorn sheep away from area golf courses but have not yet installed the 9.5 mile long fence, which is estimated to cost $3.5 million.  La Quinta officials continue to work with the CVCC and CDFW to come up with a solution. In the meantime, if you see a dead bighorn, please report it to the CDFG at 909-484-0167.