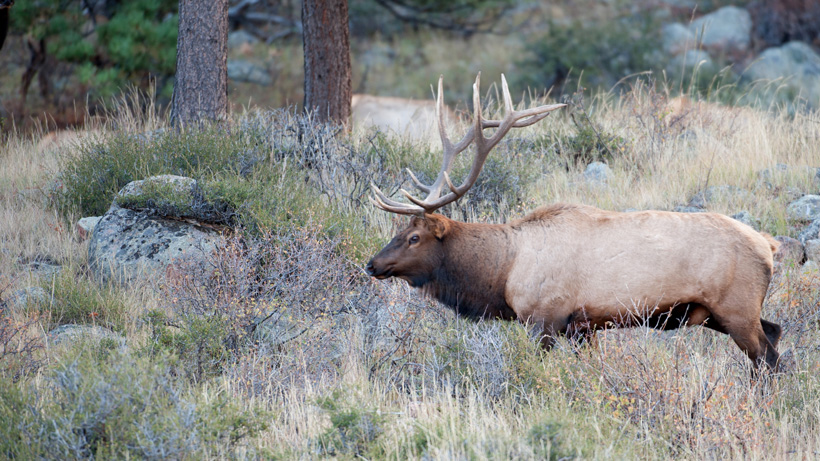 The elk pictured above is not the poached elk. Photo credit: Shutterstock

Two Montana poachers have pleaded guilty in two separate cases that included four poached bull elk. One incident occurred in October 2021 and the other happened in November 2019, according to a press release.

Alex St. Marie was recently sentenced in Fergus County District Court for the October incident. He pleaded guilty to poaching two bull elk on private property along Snowy Mountain Road in the Little Snowy Mountains. Not only did he illegally kill both bulls from the public roadway, St. Marie only took the heads, leaving the meat to waste. He was also charged with multiple misdemeanors. St. Marie was ordered to pay $2,000 in fines and restitution and loses his hunting, trapping and fishing privileges for five years.

Allen John Cantu was also recently sentenced in Yellowstone County District Court for the November poaching crime after pleading guilty to the “unlawful possession of a trophy big game animal and tampering with evidence,” according to Montana Fish, Wildlife & Parks. He illegally killed a bull elk in the Little Snowy Mountains. He was ordered to pay $10,000 in fines and restitution and loses his hunting, trapping and fishing privileges for the next five years.

Do you think the punishment fit the crimes?