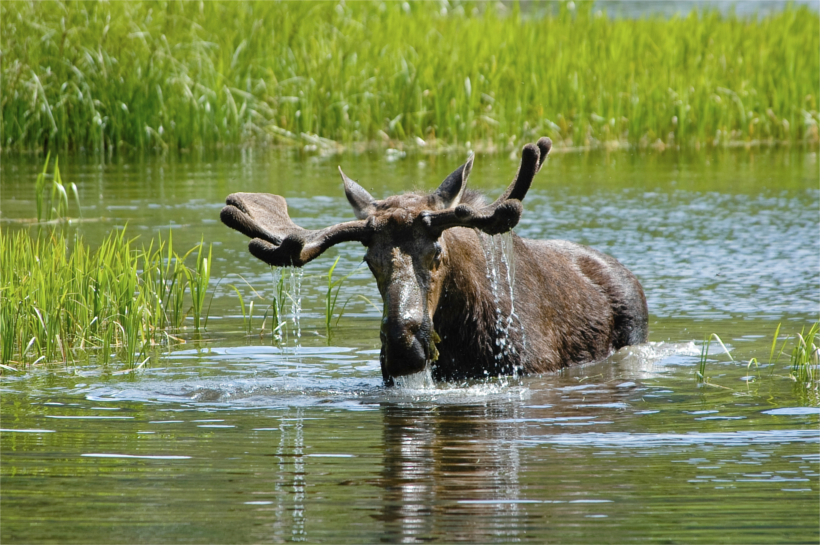 Remember the guys that decided it would be cool to jump on a swimming moose in a Canadian lake? Well, nearly a year later, the two men involved have been officially charged under British Columbia’s Wildlife Act and face not only fines up to $100,000 each but also possible jail time.

As goHUNT previously reported, the incident was spurred by too much alcohol and quite a bit of stupidity. Jaysun Pinkerton and Bradley Crook thought it would be funny to jump onto the back of the moose after chasing it around by boat and filmed the entire incident. The duo posted the video on Facebook only to have a local hunter view it and immediately report it to authorities. While the video was later marked as private, Pinkerton and Crook were apprehended and charged with the crime.

“It was very disturbing to see the stress level of the moose, with the males laughing and enjoying themselves,” says conservation officer Andrew Riddell, who investigated the case. “They’re very fortunate that moose didn’t turn around and defend itself. They’re very large animals, and they’re full of muscle.”

Steve Wolfe was the one who contacted authorities after seeing the video last summer. “I looked for tell-tale signs of it being fake, but the more I watched it after downloading it I was disgusted,” says Wolfe. “I’ve been hunting, fishing, trapping most of my life. And you don’t do that. One of the core principles in the teachings of hunting is respect for the animal and the habitat.”

The original video, which has garnered over two million views, has many hunters appalled at the lack of respect and obvious distress caused to the animal in exchange for the drunken laughter of a couple of idiots. While it’s likely that Pinkerton and Crook will not be fined the highest amount because it’s their first wildlife violation, hopefully they understand that harassing animals – no matter how big or small – is not something to be taken lightly.