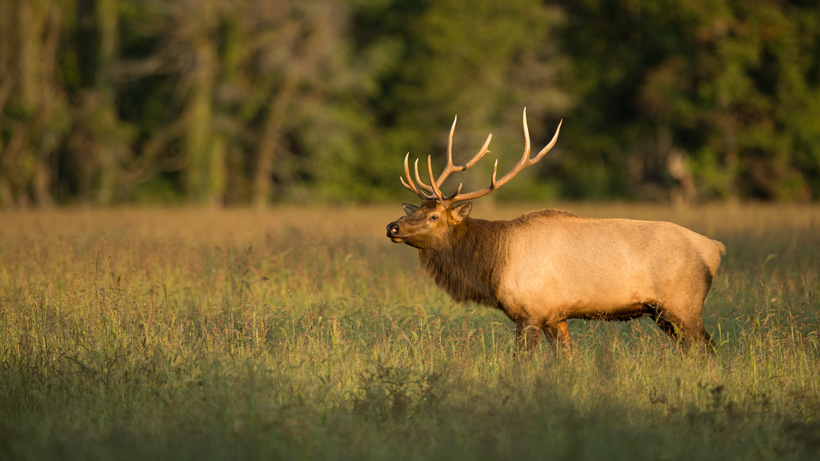 Fifty big game animals were seized by Montana Fish, Wildlife and Parks (MFWP) after two Canadians were charged with hunting license fraud. Larry and Shane Adams of Emo, Ontario, used a Miles City, Montana address to purchase resident hunting licenses for the past several years—even though they weren’t technically residents. The father and son were sentenced in April after MFWP completed a “lengthy” license fraud investigation, the Billings Gazette reports. 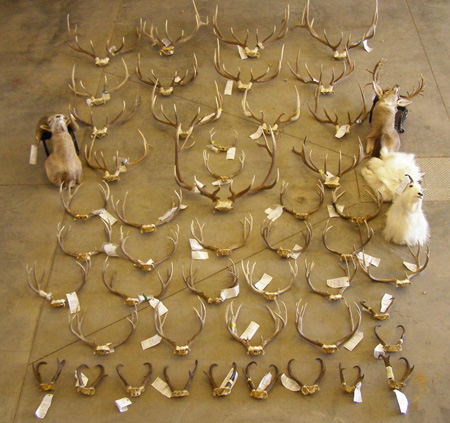 This photo shows the animals that were seized from Larry and Shane Adams using a search warrant issued in Custer County.

While they technically owned the Montana home, the two are actually Canadian residents—even operating a fly-in fishing business in Ontario—and did not meet state residency requirements to purchase resident licenses. During the investigation, officials seized 15 elk, 22 mule deer, 11 antelope, one bighorn sheep and one mountain goat during the investigation; some were considered trophy animals, according to the Billings Gazette.

According to investigators MFWP warden Mike Krings and MFWP criminal investigator Steve Marx, the men paid roughly $2,600 for resident hunting licenses over several years when they should have paid nearly $29,000 for those same licenses as nonresidents.

“Residency fraud is a serious issue in Montana,” Krings said in a press release. “The violations are purposeful, and our abundant opportunities make it appealing to would-be violators. These opportunities are stolen every year from Montana hunters, especially special permit opportunities like the Square Butte mountain goat tag and Missouri Breaks bighorn sheep tag that Larry Adams drew.”

Both men pleaded no contest to license fraud and were sentenced to six months in jail for each misdemeanor count, which, according to the Billings Gazette, could be suspended if “they obey all laws and pay all fines, court costs and restitution totaling $28,295.” They also lost hunting, fishing and trapping privileges for five years, retroactive to 2014.