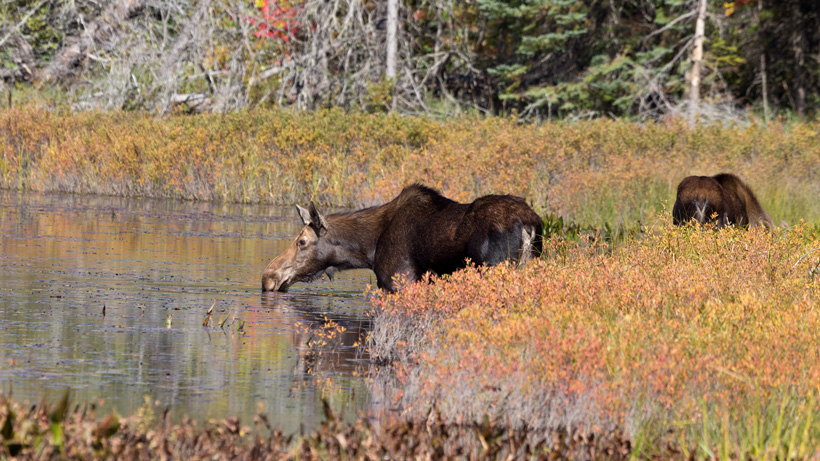 Two men were recently convicted of poaching a cow moose in British Columbia (BC). Randy Cecil Watson and Burc Colins of Kelowna, BC, were sentenced this month for the November 2015 illegally killing of a cow moose near Beaverdell. The men knowingly killed the moose despite the fact that it was not moose season.

Watson admitted to being the one to kill the moose and pleaded guilty to “hunting out of season, unlawful possession of wildlife and resisting or obstructing an officer from exercising their duties,” the North Thompson Star/Journal reports. He was ordered to pay $2,200 in fines and must complete 52 hours of community service. He was sentenced to a one-year probation and will lose hunting privileges for a year.

Colins pleaded guilty to assisting Watson in both the killing and the retrieval of the cow moose. He must pay $1,000 in fines and also loses hunting privileges for a year.

However, in an interesting twist, the men were able to keep their firearms in exchange for writing a letter of apology to the public that would be published. Both letters can be found HERE.