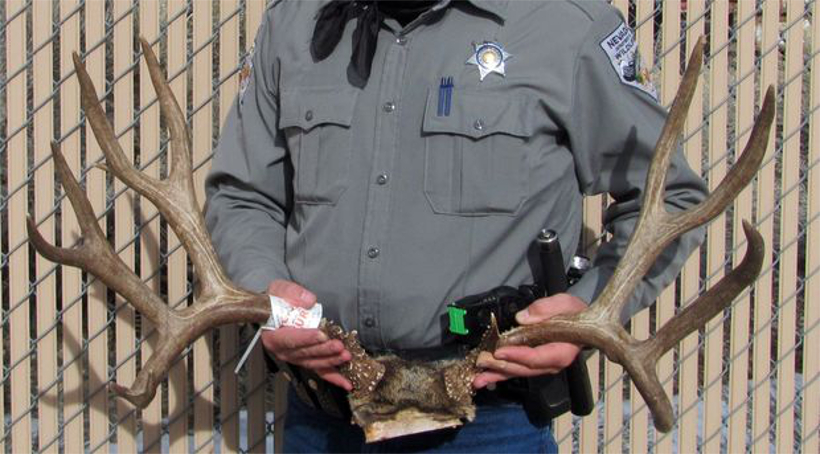 “People were rightfully upset about this crime, and one tip can make all the difference in solving wildlife crime,” says Turnipseed. “There are a lot of trophy animals in the national park, and some people can’t resist the temptation to go in there, even though they know it’s illegal.”

Cobb pleaded guilty to the Nov. 3, 2014 crime last month, admitting to shooting the trophy buck a half-mile inside the park. The area where he shot the buck was not only closed to hunting; firearms were also not permitted at all, according to the Elko Daily Free Press. Cobb was sentenced to three years of probation, one year of jail time (suspended) and more than $9,000 in civil and criminal penalties. He forfeited the 7mm rifle he used to shoot the mule deer and loses all hunting, fishing and trapping privileges for five years.

This is proof that tips reported to fish and game departments are often some of the most important leads that game wardens can receive. Successful arrests keep poachers out of the woods.