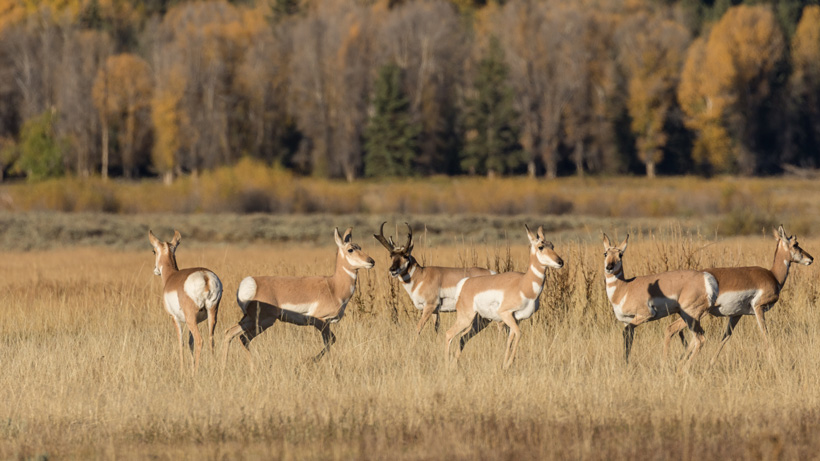 In an unfortunate accident, 45 antelope were killed and another 19 severely injured after a train collided with the herd in eastern Idaho. The accident occurred north of Hamer, Idaho, which is north of Idaho Falls. The Idaho Department of Fish and Game reported the accident earlier this week, according to KTVB 7 News.

We have had these sad situations happen before during big snow events,” says Curtis Hendricks Wildlife Manager for the region. “These pronghorn are unable to cross the freeway fence as they migrate west and unfortunately they ended up on the tracks where the snow isn’t as deep.”

According to KTVB 7 News, animals “often congregate on the plowed railroad tracks that are in close proximity and parallel the freeway.” IDFG officers and staff helped injured animals and salvaged any edible meat, which will be given to families in need and local food banks.