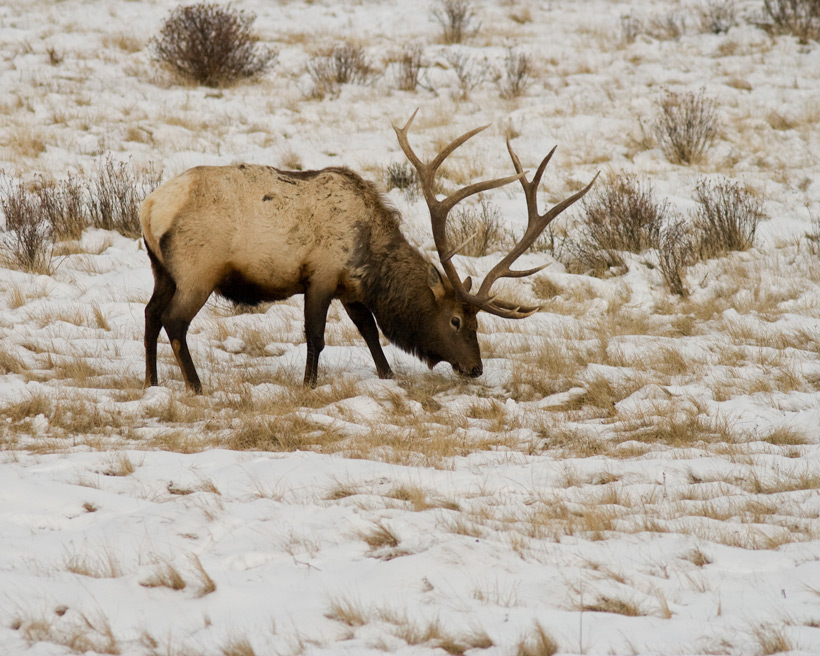 In 2013, 2.3 million people were born, proving that while U.S. population growth may be slowing, it is not stopping. What do more people mean to the big game animals that depend upon natural habitats already surrounded by residential developments, roads, and fences? It means big game animals need to adapt – and that adaptation with a specific focus on migration patterns is the basis behind a new initiative that combines the latest technology with wildlife tracking.

While wildlife biologists have studied animal migrations for decades, many migrations in Montana and other western states remain a mystery. Through the use of GPS tracking collars, biologists hope to find out how big game animals, like elk, bighorn sheep and mule deer, migrate through the current landscape that is increasingly marked by human presence.

“When we started with radio collars (tracked by aircraft), it could sometimes take one or two weeks between flights,” says Jim Williams, Montana Fish, Wildlife and Parks Region 1 supervisor. “Now with GPS or satellite collars, we can download a year or two worth of data and get those movements in live time.”

Studies are currently underway in Wyoming and Montana. Recent work in Wyoming, through a partnership between the University of Wyoming and University of Oregon, led to a mapping atlas of big game migration routes throughout that state, which is an initiative that other states plan to copy.

“We don’t have any current studies about migration or an atlas of migration, but what we do have are a bunch of projects on ungulates that migrate,” says Justin Gude, chief of Montana’s Fish, Wildlife & Park’s research section.

Many migrations cross private land and, in Montana’s case, around two-thirds of the state is privately-owned. Migrations exist due to the stewardship of those landowners. Because of this high ratio of private-to-public ownership, researchers still have a lot to learn about migrations as animals migrate between private and public land.

“Montana has recovered a lot of species through time and with that chain of knowledge never broken, there’s a lot of maternal knowledge passed to offspring,” said Williams. “It’s all a result of animals moving because they need food, and they need access to different types of foods in different seasons.”