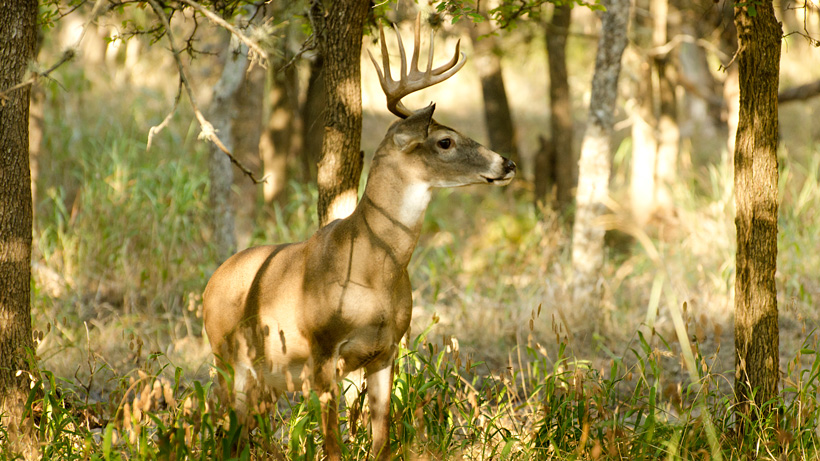 Elevated levels of toxic chemicals have been discovered in game animals, specifically deer in Michigan, Maine and Wisconsin. And that might just be the tip of the iceberg.

The class of toxic chemicals is known as PFAS or per- and polyfluoroalkyl substances – aka forever chemicals. It’s a group of man-made chemicals that have been used in everything from nonstick cookware to water-repellent clothing to firefighting foams since the 1940s. The U.S. Environmental Protection Agency (EPA) began investigating the health implications of these widely-used substances last year, linking PFAS to cancer and low birth weight, according to the Associated Press.

The problem? PFAS is everywhere. In fact, due to the widespread use of PFAS for decades, it has been “found in the blood of people and animals all over the world and are present at low levels in a variety of food products and in the environment,” according to EPA.

In Maine, PFAS has been documented in well water “at hundreds of times the federal health advisory level” despite a 2021 law requiring manufacturers to report their use and “phase them out by 2030,” according to the Associated Press. The state issued a “do not eat” advisory for any deer harvested within the Fairfield area. Because of this, the state is “expanding the testing to more animals across a wider area,” said Nate Webb, wildlife division director at the Maine Department of Inland Fisheries and Wildlife.

David Trahan, executive director of the Sportsman’s Alliance of Maine, believes that “[m]ore testing will likely find the chemicals are present in other game animals besides deer, such as wild turkeys and fish.”

In Wisconsin, deer, ducks and geese have been tested for PFAS, resulting in a “do not eat” advisory for deer liver around Marinette and a reduced consumption recommendation to only one meal per month of the popular Lake Superior rainbow smelt, according to the Associated Press. New Hampshire has also issued a similar “do not eat” advisory with regard to deer liver and, in Michigan, there is a general advisory against eating any organs from deer, fish or any wild game in the state due to contamination.

What will the implications be for the hunting and fishing industry as a whole? Will it decrease the number of hunters and anglers who help states manage objectives?

“The fact there is an additional threat to the wildlife — the game that people are going out to hunt and fish — is a threat to those industries, and how people think about hunting and fishing,” said Jennifer Hill, associate director of the Great Lakes Regional Center for the National Wildlife Federation.

Part of the plan: spread the message to hunters and anglers.

“With the amount of venison my family eats, I can’t imagine not being able to do that,” said Kip Adams, chief conservation officer for the National Deer Association. “To this point, everything we’ve done has been about sharing information and making sure people are aware of it.”