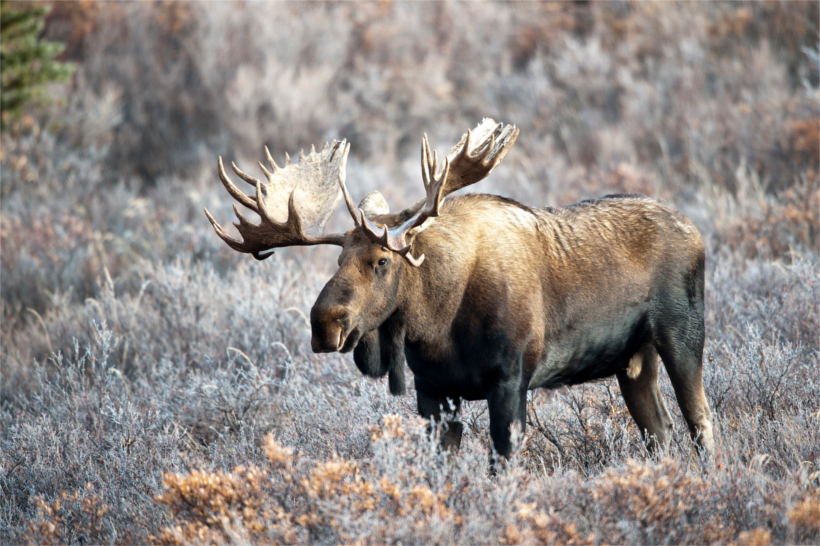 Moose are losing the battle against ticks across New England. This is the second year in a row where high moose mortality can be directly linked to these pesky parasites. A new multi-year study will focus on New Hampshire, Maine and Vermont moose in order to discover if ticks are to blame for the steady decline in moose populations or if there’s something else involved, too.

Ticks primarily feed on the blood of mammals and birds and are known carriers of multiple diseases that impact both humans and other animals. Yet, they tend to be less active in freezing weather. The warmer winters that New England has experienced in recent years have created a perfect storm for ticks to thrive. Without a hard freeze that makes ticks dormant, they are instead able to carry on throughout the mild weather. Researchers say that the reason behind high tick counts is partially related to overall moose density since the moose are hosts to the ticks.

“As our moose numbers decline, the ticks will decline, as well,” says moose biologist Kristine Rines. “What we don’t know is at what point will things level off.”

New Hampshire biologists say that out of the 36 calves with GPS collars, nearly 75% of them have already died from ticks. Maine has the highest number of moose, with an estimated 60,000 to 70,000 animals; while moose calf mortality decreased last year, from 73% to 60%, biologists still worry about the impact of winter ticks on moose populations, according to The Times Argus. Vermont, though host to a wealth of ticks within the state, has reported a lower tick-related moose death tally, but that is because it is not home to as many moose as the other two states. Regardless, all are impacted by the increased number of ticks within the region.

The six-year moose study, which began in 2014, will bring biologists together to determine what’s behind the swift decline in moose populations across the three states. Hopefully, over the course of the study, researchers will uncover some solutions to the tick-related problem.

“We’ve got a long way to go before we’ve got specific answers, but we’re trying,” says Rines.