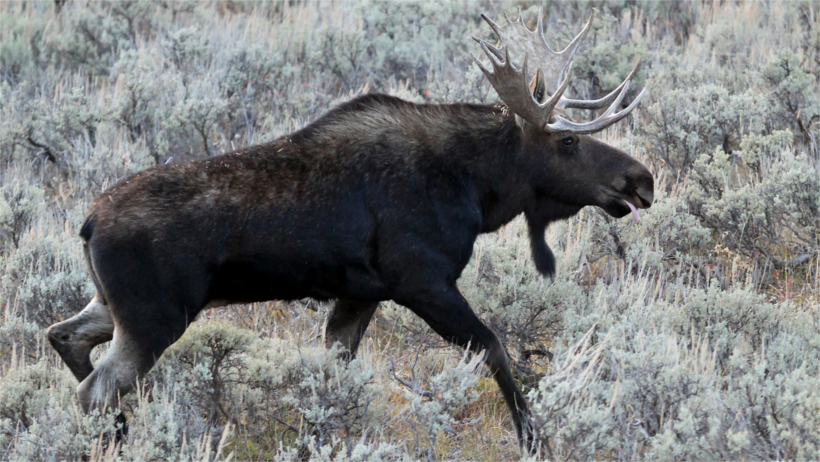 If you drive along the winding highways of Vermont, New Hampshire and Maine, numerous signs warn drivers of moose crossings. Some even have extra messages tacked onto the bottom of the signage that say “Hundreds killed by vehicles.” While the reality is that moose are in trouble, it’s not because there’s been an increase in moose-vehicle collisions. Instead, it’s the winter ticks doing the killing and they are wiping out New England moose at an alarming rate.

According to the Boston Globe, roughly 70% of the moose calves die because of ticks. In fact, scientists believe that the tick infestation will eventually push the remaining moose to the far north to escape from the pests (since ticks stay dormant in negative temperatures) and those that survive the tick attack will most likely have reproduction issues.

“The moose are being literally drained of blood. This is about as disgusting as it gets out there,” Pete Pekins, chairman of the Natural Resources Department at the University of New Hampshire, told the Boston Globe.

Pekins and UNH are part of a multi-state study that incorporates technology with moose recovery. So far, scientists have collared 123 moose cows and calves with GPS tracking devices in Maine, New Hampshire and Vermont so that they can keep tabs on the dwindling moose population and its tick trouble.

Mild winters due to climate change have created a safe haven for ticks to thrive year-round, making them a major problem within New England. They attach themselves to moose (and deer and other wildlife) by the thousands. And they don’t let go.

“They’ll be on the moose in such large amounts, that the moose will literally scratch against trees and take the skin off,” Wayne Derby, a master guide from Bethlehem, NH, told the Boston Globe. “Sometimes you’ll see 2 to 2½ square feet on the shoulders where the moose have rubbed off the fur.”

While ticks are a definite problem, researchers say that they aren’t worried that New England moose will decline completely, but want to determine if there’s a way to help keep the numbers steady. This means continuing the multi-year moose study.

“As humans, we want everything to be in tidy, neat packages,” says Derby. “But nature’s not like that.”