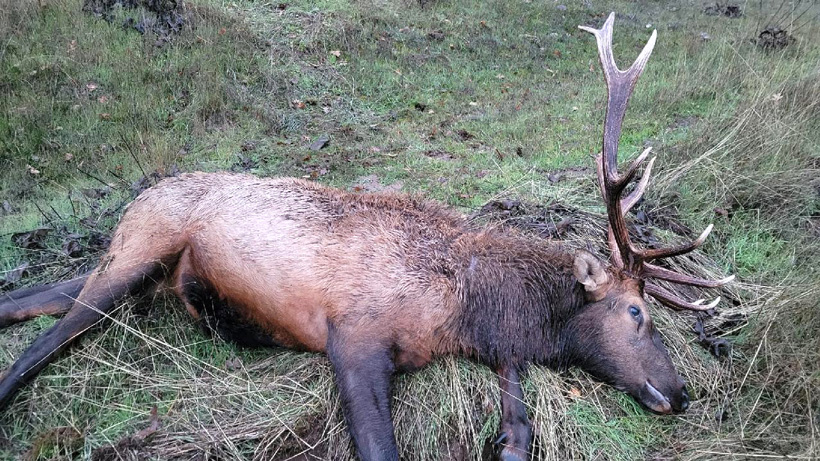 Three poachers pay the price after Oregon State Police Fish and Wildlife Division (OSP-FW) charged them with poaching elk and mule deer. The investigation began after a tipster texted a suspicious photo to OSP-FW spotted on social media of a 6 x 6 bull elk on a trailer in Mosier, Oregon, last November, according to KOIN Channel 6 News.

“An elk is a big animal, not easy to pack out without gutting and quartering it. That in itself was suspicious, especially in our patrol area,” said Senior Trooper Brent Ocheskey in a statement.

The investigation led them to the home of Lionardo Munoz where the bull elk head and hide were still in the back of the truck. While Munoz had an elk tag, it was for a spike elk – not a bull elk – and he admitted as much, pointing investigators toward his friend, Matt Wilkinson, who then told officers that it was actually his wife, Rachel Hallett, who had killed the bull elk in the Santiam Unit. Except when investigators checked out Hallett’s and Wilkinson’s property, the found three more poached deer heads and hides.

Munoz was ordered to pay $15,000 for the elk and another $431.25 to OSP-FW for processing the animal. He had his hunting license suspended for three years and is on bench probation for 18 months.

Wilkinson was fined $1,000 for the elk and also pleaded guilty to illegally killing a buck. He forfeited all heads, hides, tags and licenses and had his hunting license suspended for five years. He is on bench probation for a year and must complete 40 hours of community service.

Hallett is on bench probation for a year for illegally killing a buck. Her hunting license was suspended for three years and she had to forfeit her heads, hides, tags and licenses. She also must complete 40 hours of community service.

“Oregon hunters, legislators and other conservationists worked hard to pass strict sentencing guidelines to address poaching cases like this one,” said ODFW Wildlife Administrator Bernadette Graham-Hudson. “Hopefully fines like this will serve as a warning to others who would behave so irresponsibly.”