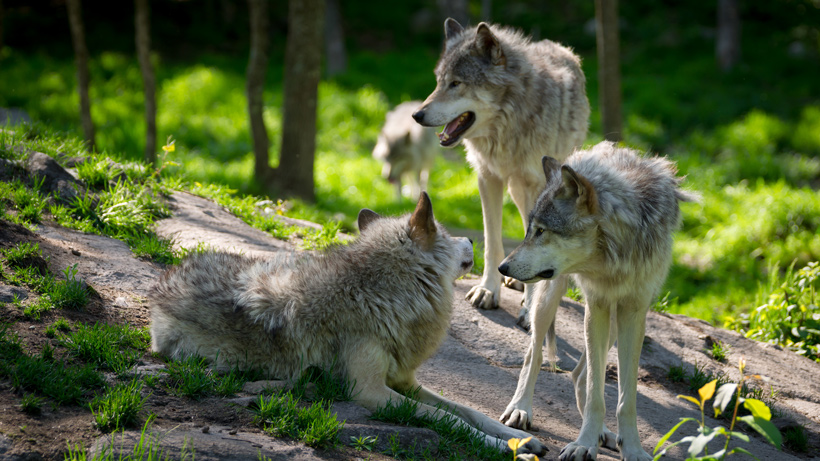 There are three fewer wolves near Stanley, Idaho, after the U.S. Department of Agriculture’s Wildlife Services (USDA-WS) removed them after they killed six sheep. The USDA-WS killed the wolves earlier this month at the request of the Idaho Department of Fish and Game (IDFG). Since June 30, due to continued livestock depredation in the area, a total of 49 wolves (including the most recent three) have been killed in Idaho by the USDA-WS after 61 confirmed wolf kills of livestock (nine adult cows, 29 calves, and 23 sheep), The Spokesman Review reports.

The decision to eliminate the most recent three has resulted in a vocal opposition by Western Watersheds Project. The group said that the lethal removal of the wolves within the Sawtooth National Forest’s Recreation Area was unnecessary as livestock grazing is only allowed “if it doesn’t ‘substantially impair’ wildlife conservation.”

Yet, according to The Spokesman Review, a 2008 analysis completed by the U.S. Forest Service—the agency that manages the land and controls the number of sheep grazing permits—“determined that sheep grazing would not substantially impair wildlife conservation” in that area. Thus, sheep grazing is permitted and wolves that attack livestock repeatedly in this area must be removed.

“In this case, it took killing several wolves before the rest of the pack backed off,” Tom Curet, IDFG supervisor for the Salmon Region where the wolves were killed, told The Spokesman Review. “They’re not causing any problems right now.”

Curet says that is the first wolf-livestock conflict in the basin this year. Wolves were removed from the Endangered Species List in Idaho in 2015. According to The Spokesman Review, IDFG currently estimates that 90 wolf packs roam the state.