The issue of feral pigs in California 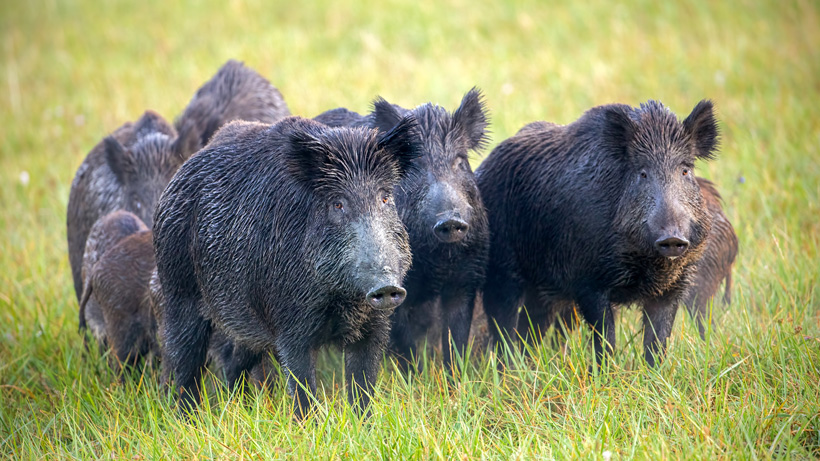 Pigs don't naturally exist in North America. These animals were introduced by explorers as a food source. Several hundreds of years later, they have become a major problem for ecosystems across the United States. Similar to the feral horse issue facing the western United States, California finds itself needing to take action or face seemingly exponential financial losses in crops, property damage, and dwindling populations of native ground-nesting birds.

Currently, pigs can be hunted in the Golden State as a game species. The cost of hunting pigs in California will run residents $25.10 for the tag and $52.66 for the annual big game hunting license. For nonresidents, the tag cost is $84.50 and $183.60 for the license. During the 2020 – 2021 feral pig season, 53,923 tags were sold with 1,000 of those being nonresident tags, representing an overall increase of 13.5% compared to the year previous. With only 3,950 animals successfully harvested, there is almost no difference made in the population, and the state faces a real issue.

Many look to the fact that over 90% of the pigs harvested occurred on private land. Out of the animals taken, over 90% were taken with a rifle. The program called SHARE that allows for hunters to apply for a lottery access program to private property currently does not allow for the use of rifles. Many properties only allow for 1-3 day access at a time and on select sections of their land. Some even require hunters to attend a seminar the day prior to the hunt. SHARE is a voluntary program that does compensate the landowner for their participation. Currently, there are five properties listed that offer pig hunts. As the program exists, hunters will be notified 15 days prior to the start of their hunt, leaving them hardly any time to make preparations. The way this system exists is not particularly friendly to nonresident hunters.

Although the State of California is over 50% public land, the majority of the areas where the pig problem is the worst offer little to no opportunities for public land hunting. One of the main opportunities for public land pig hunting in California is the Lake Sonoma area, managed by the Army Corps of Engineers. This is an archery-only area with limited access and, due to it being one of the only sections of huntable public land, the pressure can be very high. I have been to the Lake Sonoma area once myself and found it to be a very difficult hunt. Pigs are highly intelligent animals, with a keen sense of smell and hearing. Closing the distance on these animals presents inherent issues for the bowhunter. Pigs often navigate through near impassible tunnels in the underbrush that is almost always crawling with ticks, spiders, and not to mention poison oak. Needless to say, it is not an area I wish to return to any time soon.

The L.A. Times recently posted an article surrounding the issue of pigs, claiming hunting as a solution for population management is a “dubious proposition”, and as the issue exists in the Golden State, I reluctantly agree with them. Although they provide no other suggestions to manage this pig population, they do agree that something needs to be done. With female pigs reaching sexual maturity as early as 3 months old and having litters averaging 4-6 young, the issue needs immediate and concise action.

Senator Dodd of California has introduced SB No. 856 as a potential first step towards a solution to the pig issue. As it is currently written, this bill would lower the cost of pig tags to $15.00 for residents and $50 for nonresidents while also making it an unlimited tag. It would also make feral pigs an exotic species which would allow for night hunting. There is also language that would improve the SHARE program to incentivize the opening of more private land to hunting. However, there is some hesitancy in the hunting community to sing the praises of this bill due to its language surrounding the outlawing of contained hunting preserves. Such preserves currently serve as opportunity areas for young hunters, disabled hunters, veteran groups, and the elderly to be able to participate in hunting. This language needs to be removed from this bill in order to make it truly hunter friendly. As it is currently written, SB 856 contains anti-hunting verbiage that could present a very slippery slope for hunting rights in the Golden State if passed. As hunters, we must be very careful to support legislation that gives us rights but also allows anti-hunting efforts to gain a foothold. If you share this opinion please visit Howl.org and make your voice heard.