The impact of winterkill in 7 Western states 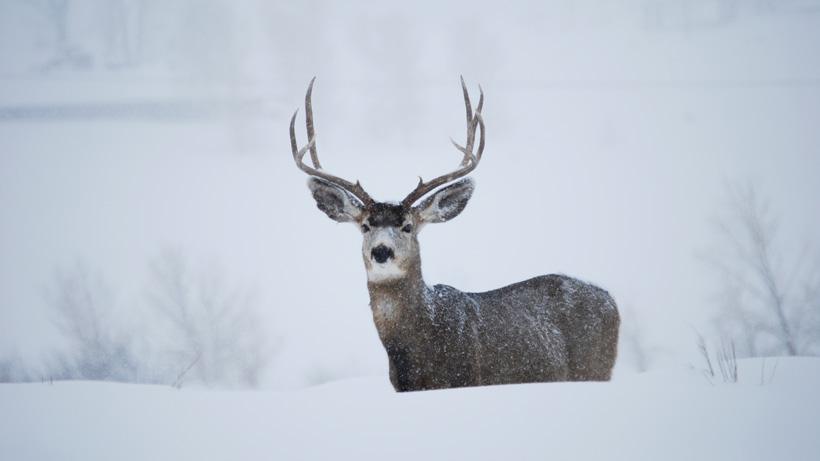 One of the harshest winters in decades is finally over. While warmer weather is now upon us, the heavy snow and frigid temperatures this winter resulted in major winterkill among wildlife in California, Colorado, Idaho, Oregon, Utah, Washington and Wyoming. In fact, wildlife officials are reporting an above-average loss of deer, elk and other wildlife, resulting in fewer hunting permits is specific regions, the Associated Press reports.

Here is the state by state breakdown:

Out of the endangered Sierra Nevada bighorn sheep herd, which currently numbers between 500 and 600 animals, roughly 40 to 60 bighorn were lost to starvation and avalanches during the winter. Jason Holley, supervising wildlife biologist with the California Department of Fish and Wildlife, says that the loss “is considered significant.” Some deer also succumbed to winterkill.

The state experienced high fawn mortality, particularly within the south central portion, and reported that only 20% to 25% of fawns survived within the Gunnison Basin, the Associated Press reports. Because of this drop in numbers, mule deer hunting licenses within the Basin have been reduced by 60% for bucks and 80% for does.

Mule deer were hit the hardest this winter; whitetail deer and elk winterkill numbers were average. Roger Phillips, an Idaho Department of Fish and Game (IDFG) spokesman, told the Associated Press that it was the “third worst winter for mule deer fawn survival in the past 18 years” ranging from  a 3% fawn survival rate to only 60% within the 10 areas where IDFG monitors mule deer. Because of this, the state established supplemental feeding stations to help hungry wildlife. Because mule deer numbers remained steady for other areas of the state, officials say herds should remain stable as long as they don’t have to weather another winter as harsh as this one.

High fawn mortality also hit Oregon where Oregon Department of Fish and Wildlife (ODFW) biologist Pat Matthews says the average ratio of fawns per adults dropped: this year, the ratio was 24 fawns to 100 adults compared to the average ratio of 34 fawns to 100 adults. While elk losses were normal, pronghorn experienced above-average fatalities due to winter conditions.  Because of this, ODFW has decreased the number of available hunting tags for mule deer and pronghorn “in areas with lower fawn survival rates,” according to the Associated Press.

In the northern portion of the state, according to Utah Division of Wildlife Resources Big Game Program Coordinator Justin Shannon, only 10% of one herd’s fawns survived, resulting in fewer mule deer hunting permits in northern Utah this fall. Throughout the rest of the state, deer survival rates were average: 89% for adults and 52% for fawns, the Associated Press reports.

Elk fared the worst this winter in the eastern portion of the state. According to Brock Hoenes, who serves as the statewide elk specialist, “three primary elk herds saw record low calf-to-cow ratios…particularly along the Cascades’ eastern slopes,” showing a significant drop in average calf survival. Additionally, mule deer and bighorn sheep herds showed above-average losses. While Hoenes says that “elk numbers on the whole are healthy,” the state plans to reduce the number of elk hunting permits, particularly cow permits, this season.

“Mule deer and pronghorn antelope west of the Continental Divide in Wyoming suffered significant losses this winter, probably the worst in more than 30 years,” Bob Lanka, a wildlife supervisor with the Wyoming Game and Fish Department, told the Associated Press.

Harsh weather conditions contributed to a 90% loss of deer fawns and nearly 35% loss of adult deer throughout the state. Additionally, the Wyoming Range mule deer herd, which has been carefully monitored for the past 25 years, suffered the loss of 200 deer, including all 26 fawns that entered winter; normal losses are 30 to 50 deer each winter, according to the Associated Press.

Lanka reported that elk herds also experienced significant losses, which was considered abnormal for the hearty animals. Because of the major impact of winterkill on mule deer and antelope, the state will issue fewer hunting permits for these animals in western Wyoming.