The future of Wyoming mule deer relies on research 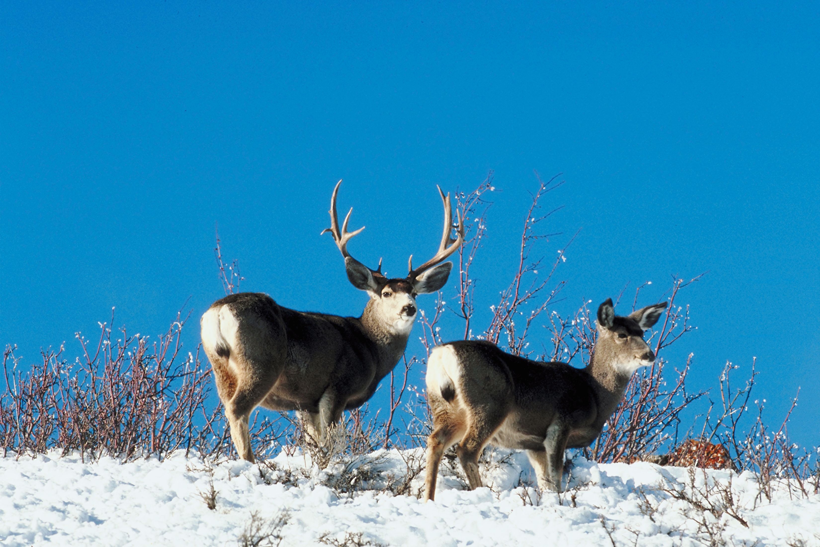 Large migrations of Wyoming mule deer are dwindling across the globe, leading teams of researchers out into the mountains, trying to determine what may be the cause. While some suggest that spreading energy development, increasing traffic, human encroachment, drought and disease could all be factors in the declining populations, only long-term studies will be able to uncover what is going on.

The studies are critical in understanding the future of mule deer populations within the state and are dependent on fundraising not only to pay for equipment, but also the biologists who continually monitor and catalog the herds. Once considered prime mule deer territory, Wyoming Game and Fish Department found that populations have dropped by a third. While the department strives for a population of 564,150 mule deer, the last count statewide was at 374,000. Researchers are concerned that certain herds in the western part of the state have not rebounded from the last drop.

“What can be encouraging is some of the populations we have are still very robust,” says Kevin Monteith, an assistant research professor involved in one of the current studies. “As decisions are made, if we can have the best information, at least be informed, we can realistically say ‘this is likely what will happen.’”

Migrating animals require an unbroken route – sometimes more than 100 miles long – that often cross property lines, political subdivisions and bureaucratic dominions. Sometimes they damage fences, get into traffic, eat crops and spread disease. Despite all of these obstacles, animals do not stop migrating; it is a natural instinct and often one that determines which herd will survive as the animals migrate to follow food sources during peak nutrition.

Researchers note that 4,000 to 5,000 deer make the trek twice a year and, through the use of GPS collars and other mapping software, have been able to highlight a critical bottleneck in the animals’ migration pattern. Further funding will enable researchers to continue identifying reasons behind the drop off in antelope herds, which has steadily declined since the 1980s.

“That migration has a lot more to teach us about mule deer,” says Matt Kauffman, a University of Wyoming professor who studies the antelope. “How they migrate, how they interact with the harshness of winters, the harshness of the summers.”