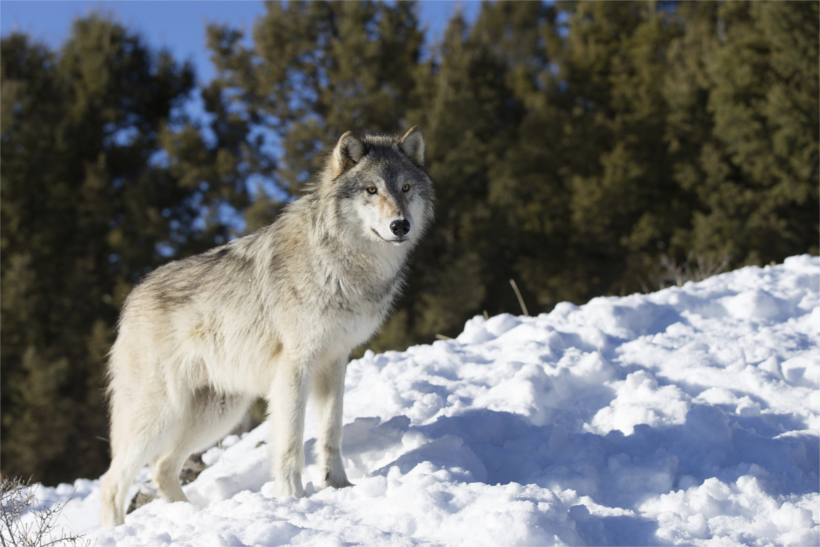 Colorado is a divided state when it comes to the topic of wolf recovery. While neighboring states may have established plans to keep wolf packs thriving, Colorado residents have been content to keep the apex predators out of their state. Opponents to the reintroduction of wolves into the state include ranchers, hunters, farmers – and even Gov. John Hickenlooper, who vows to keep the animal out.

In 2005, the Colorado Parks and Wildlife Department (CPW) agreed with those against wolf reintroduction by drafting a wolf management plan that opposed the “introduction of Mexican or intentional reintroduction of gray wolves in the State of Colorado,” according to the Aspen Daily News. This decision came after a 2004 report that showed 74% of Colorado residents actually supported bringing wolves back into the state. This has led to a lengthy debate within various sectors and supporters of the wolf recovery say that ranchers have the political support, which lead to the anti-wolf decision.

With wolf packs peppering neighboring Western states, the impact of these predators to the natural landscape has been studied to a great degree and could help “restore the natural balance,” says Delia Malone. Malone says that “riparian areas would rebound if elk were forced to move around more,” which is what they would be doing if wolves were present.

Jonathan Lowsky, a wildlife ecologist and principal of Colorado Wildlife Science, makes similar observations in the Lamar Valley in Yellowstone National Park where wolves have been reintroduced, and says, “Now that wolves are back, the area is robust. It completely changed the habitat. Songbirds, beavers, otter, and fish have all tremendously benefitted because the elk can’t just sit there and chow down. It’s been a tremendously positive effect.”

Regardless of whether wolves have been officially brought into the state doesn’t mean that they aren’t already there. Sightings are reported every year and many of the wolves either have altercations with trucks on the highway or are shot by hunters who claim the animal was a coyote.

There will be a meeting this month in Denver to discuss whether the state should move toward coexisting with wolves and introducing the animals back into the state or if it should continue with the current decision in place. According to CPW spokesperson Matt Robbins, the issue will be discussed, but that doesn’t mean that a resolution will be decided upon then.