The 2016 North Dakota bighorn sheep season is on! 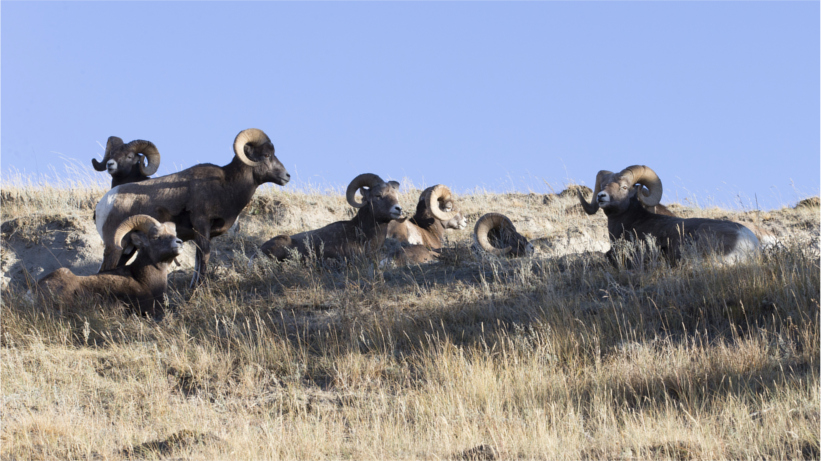 North Dakota bighorn sheep season is on! A total of eight coveted licenses will be available for the upcoming 2016 hunting season in Units B1, B3 and B4. This is big news because last year, North Dakota canceled its bighorn sheep season due to a massive pneumonia die-off that impacted 40% of the sheep statewide. Fortunately, bighorns have rebounded and numbers proved positive during the summer population survey, resulting in a 2016 season.

“There are currently good numbers of mature rams on the landscape, and we are going to take advantage of providing as much hunter opportunity as possible with the situation that we have,” says North Dakota Game and Fish Department (NDGFD) Wildlife Chief Jeb Williams. “We feel good that we are able to provide this opportunity as impacts from the die-off have lessened substantially since 2014, but it is also very unpredictable.”

According to the Valley News Live, the summer survey tallied 103 rams in the badlands – up 18% from the 2015 tally. NDGFD Big Game Biologist Brett Wiedmann says that it’s the highest ram count on record, adding that the “annual survey results for ewes and lambs would not be completed until next spring.”

One additional license is auctioned off annually; this year’s by the Midwest Chapter of the Wild Sheep
Foundation in March. Proceeds go towards bighorn sheep habitat preservation and other related projects.

Interested hunters were required to apply early even though the status of the bighorn sheep hunt was up in the air until the summer population survey was completed. 10,380 people applied for a chance at a bighorn sheep license. Who will be the lucky winners in the bighorn lottery? Successful applicants will be contacted by Sept. 6 to pick a unit. Good luck!