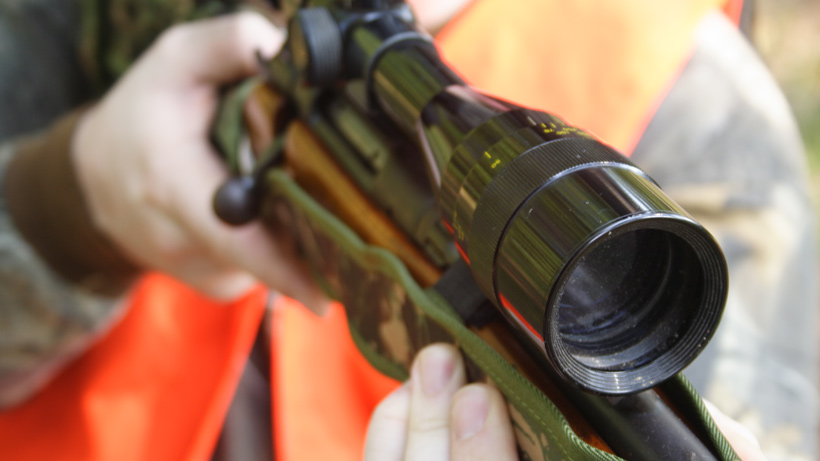 Texas hunters interested in expanding their weapon choice during the 2018 season may want to pay attention. This week, the Texas Parks and Wildlife Commission will discuss whether the state should legalize specific air rifles and arrow guns to hunt big game. This means that hunters could harvest alligators, deer, antelope, bighorn sheep, javelina and turkey using this particular weapon and, if adopted, “Texas would join a dozen other states that have approved the use of big-bore air rifles for hunting big-game species,” the Houston Chronicle reports.

The proposal is a modified version of the one that the commission approved and then reversed its approval earlier this year after several commissioners thought the rule change “would allow use of air-powered devices not sufficiently lethal,” according to the Houston Chronicle. The revised proposal now specifically states that arrow guns and big-bore air rifles must be “’pre-charged pneumatics’ that use ‘unignited compressed gas’ as the projectile propellant” and break action, pump action and canister charging systems would be considered illegal. Those who chose to use arrow guns would have to meet the same requirements already established for hunters who practice traditional archery and crossbow hunting.

While the commission will hear public comments on the proposal, it may approve this change in late September or early October, which would affect 2018 hunting seasons and, essentially, add another weapon choice for the upcoming seasons.

During this week’s meeting, the commission will also consider adding 16,000 acres to the Black Gap Wildlife Management Area, which is owned by the Texas General Land Office. This parcel, according to the Houston Chronicle, “has an 11-mile common boundary with Black Gap WMA and seven miles of frontage along a section of the Rio Grande.” It is prime wildlife habitat and home to desert bighorn sheep, black bear, Gambel’s and scaled quail, mountain lions, and other wildlife. The Texas Parks and Wildlife Department (TPWD) proposed acquiring this tract of land to keep it out of private ownership as that “could significantly compromise the long-term conservation vision for this region,” the Houston Chronicle reports.