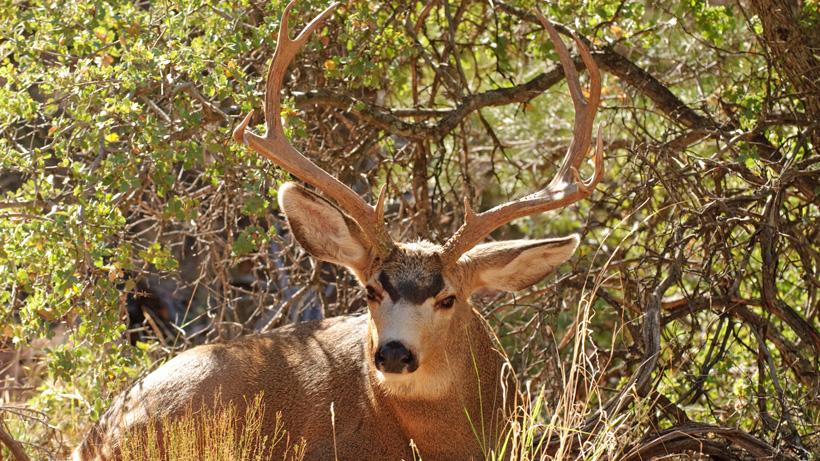 Shawn Gray, TPWD mule deer program director, told MultiBriefs that “the mule deer herd in the southeastern portion of the Texas Panhandle is in rough shape” with only a few bucks over the age of three and “a skewed doe-to-buck ratio of around 6 to 1.” Changing mule deer antler restrictions would help boost deer maturity; the current herd age structure is most likely due to too many younger bucks being harvested.

To combat this problem, TPWD has proposed antler restrictions for Briscoe, Childress, Cottle, Floyd, Hall and Motley counties for 2018. If approved, a legal mule deer buck would need to have an outside spread of 20” or more; anything less would be considered illegal, according to MultiBriefs. The hope is that by using these strict restrictions, the overall age class of mule deer bucks will increase. This sounds tricky, but Gray says that “the average distance between the tips of a mule deer’s ears is 21 inches,” making field judging a bit easier when a mule deer is in your crosshairs.

While the new restrictions may gain opposition from some, according to MultiBriefs, the state enforced a similar restriction on whitetail deer a few years ago that instituted a 13” minimum spread for branch-antlered deer. While harvest rates were initially lower, the restrictions were a success. TPWD says that “the age structure of the whitetail deer herd” has significantly improved.

The Texas Parks and Wildlife Commission is expected to make a decision regarding the new mule deer antler restrictions during its March meeting. Stay tuned to goHUNT for further details.