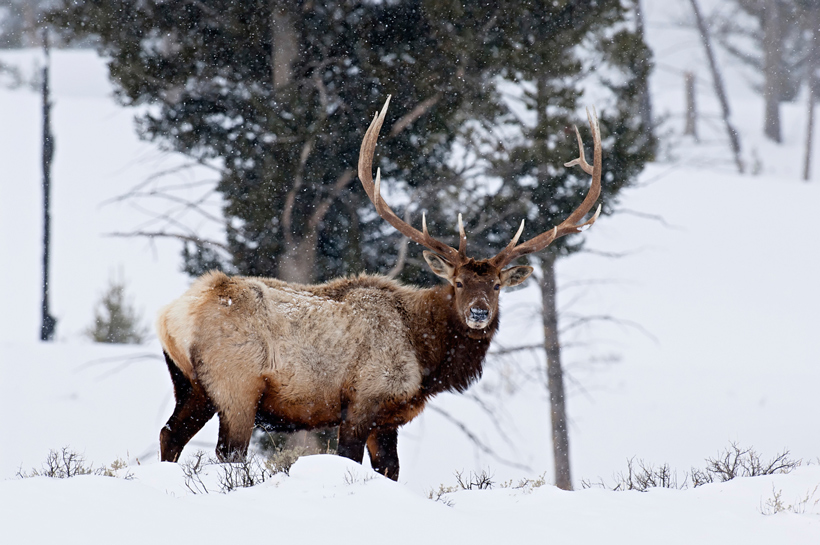 National Park Service officials have issued a number of citations and warnings to hunters for using unethical and illegal tactics to kill nearly 10 elk in Grand Teton National Park.

The incident transpired on Wednesday, November 19, near the sage flats just north of Kelly, Wyoming. Several eyewitnesses say it began when hunters intentionally drove a herd of about 100 elk from a no-hunt zone and into a firing line.

“All of the sudden somebody shot, and they just opened fire on them,” recalled Tom Mangelsen, a local wildlife photographer who witnessed the horrific scene.

“It looked like a bunch of hunters surrounded a pack of elk,” Joanna Childers, another onlooker, told the Jackson Hole News & Guide. “Hunters were staked out in the road and around the field.”

Jeff Soulliere, another local photographer, said the scene was appalling.

“It absolutely was a mess,” Soulliere said. “This is a national park, and you’ve got tourists on the road right next to hunters with high-powered rifles.

“It really struck me as, ‘you got to be kidding me,’” he admits. “No one was taking safety into consideration because they were herding and surrounding them and they could have shot each other.”

Mangelsen says that in the end, about 30 hunters were involved, 25 shots were fired and about eight to 10 elk were killed. Of the elk taken, two were spike bulls.

Officials cited one hunter for shooting one of the spike bulls and for firing more than once at a running herd.

“The gentleman who did get cited for taking the wrong sex was cooperative and forthcoming and admitted that he was in the wrong,” stated park spokeswoman Jackie Skaggs.

The individual, who remains anonymous, was also warned for not carrying his permit, and his park hunting privileges were revoked for the rest of the season.

Officials also fined four hunters for shooting from the roadway. They will be allowed to continue hunting in Grand Teton this year, but could have their privileges revoked in the future if they are cited again.

While none of the hunters involved were cited for driving the elk out of the no-hunting zone, that activity is illegal.

“A hunter walking in the field and causing elk to move is not necessarily illegal,” Skaggs explained. “Someone who is intentionally ‘driving’ elk, however, would be considered harassment and therefore [it is] a violation.”

Just last month in Montana, some 30 elk were killed when dozens of hunters converged on a large herd, some reportedly firing into the herd, shooting at running animals and engaging in unsportsmanlike behavior.