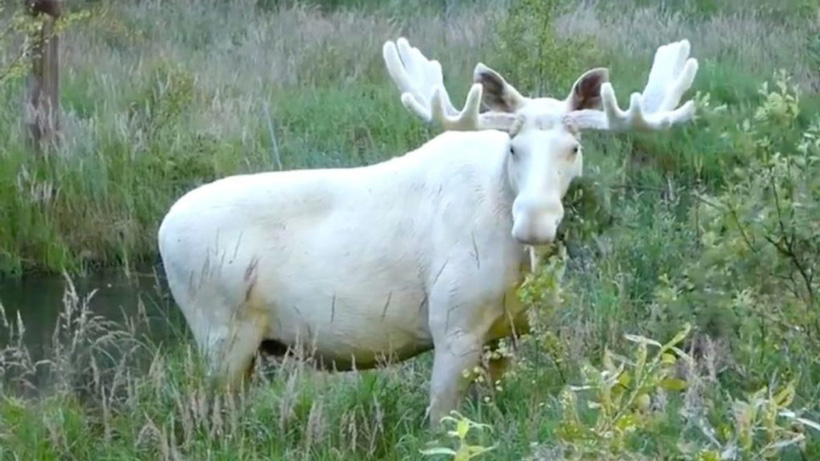 Sweden’s rare white moose made headlines earlier this year after a local politician captured footage of the animal in the Värmland region in the south west part of Sweden. Enamored by the animal’s rare all-white appearance, the video footage went viral. Now, the celebrity moose is making headlines for another reason.

Swedish police have decided that the animal needs to be removed. The moose, dubbed Ferdinand by local residents, recently charged a woman while she was walking her dogs, resulting in the police’s decision to cull the animal, The Local Sweden reports.

Hunters will get the first shot at killing the moose; however, if hunters fail, Arvika police chief Christer Lööf told hunting magazine Svensk Jakt that the police will have to do it.

“Some people who live in the area don't go out because of the [moose], for example older people with walkers who cannot get away when the elk comes close to them,” Lööf told Svensk Jakt. “This is not a pet, although many people seem to think so. The [moose] may seem tame, but it retains its natural instincts.”

The moose’s unusual coloring comes from a genetic condition called piebald. According to National Geographic, the condition is caused by a recessive gene “that causes the animal to grow white with specks of brown.” Albinism, on the other hand, is a congenital condition where the fur, feathers or skin loses pigmentation and animals and humans that have this condition have light or pinkish-colored eyes.

Locals are not supportive of the decision to cull the white moose and over 12,000 people have signed an online petition urging the Swedish government to stop the so-called “protective hunt,” GrindTV.com reports.

“I get upset at how short-sighted people can be,” Hans Nilsson, who shot the original video back in August, told Expressen.se. “I do not understand why anyone would want to kill such animals. In my opinion, it is not dangerous to humans. It does not like dogs, and behaves like any other moose would do.”