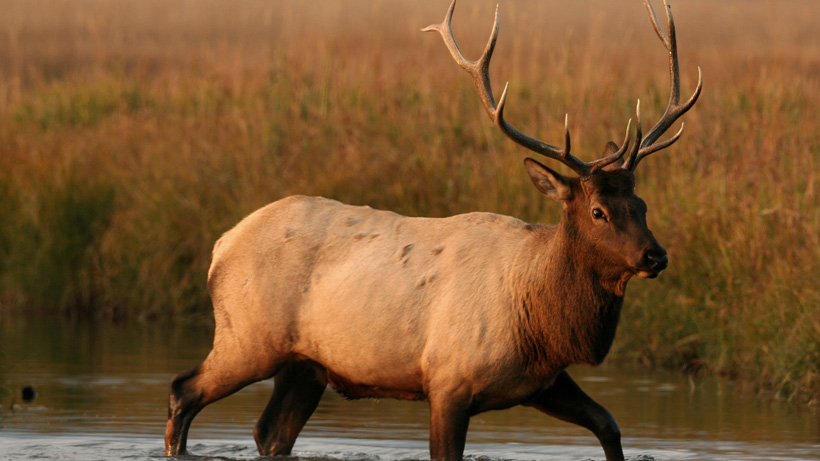 Just because a document is really old doesn’t mean it doesn’t matter. This is the case with a recent U.S. Supreme Court decision in support of a Native American elk hunter. As goHUNT previously reported, in a 5-4 ruling, the high court sided with Crow Tribe member Clayvin Herrera, who challenged his conviction for hunting elk out of season in Bighorn National Forest in Wyoming. The court cited an 1868 treaty that gives tribe members hunting rights in unoccupied lands.

Now, due to the high court’s ruling, Wyoming officials are concerned that it “could complicate wildlife management,” especially regarding “unregulated off-reservation hunting,” specifically if more tribal members decide to take part in it, the Sidney Herald reports. During a recent meeting, state officials voiced concerns over this possibility, pointing to the Eastern Shoshone Tribe, in particular.

“It throws into doubt a lot of fundamental assumptions we have about the state’s ability to manage wildlife and preserve wildlife,” said Sen. Brian Boner (R-Douglas), who chairs the Joint Committee on Federal Natural Resources. “There’s a lot of scared people right now who are afraid we won’t have the ability to do that.”

The rationale behind targeting the Eastern Shoshone Tribe is that, like the Crow Tribe, the Eastern Shoshone Tribe also has similar off-reservation hunting rights “included in a similar 1868 treaty that led to the tribe ceding millions of acres of its aboriginal lands,” according to the Sidney Herald. Yet, tribal members say that the concern is unnecessary and any hunting will be “done responsibly.”

“The state’s views of the Tribe as an area of lawlessness is guided by unhelpful and outdated stereotypes,” wrote Eastern Shoshone Business Council Co-Chairman Leslie Shakespeare in an email to the Sidney Herald on behalf of the council. “The Tribe was pleased with the ruling in Herrera v. Wyoming because it vindicated the viewpoint that the Tribe has never waived from and that (its) treaty rights are an integral part of the Federal government’s trust responsibility to the Tribes.”

While the case won’t be settled for some time and will likely be in appeals for years (and Herrera heads to district court to see if his misdemeanor conviction will be overturned or upheld), according to the Sidney Herald, Wyoming officials are pushing for the court to figure out two key issues:

“We’re not going to lose this case,” said David Devald, an attorney in the AG’s office. “Reviewing case law and discussing this issue with other Attorney Generals’ offices from other states – some of which have had to deal with these treaty issues – I think it’s going to be very difficult to implement an effective regulatory scheme when you have a group of folks who might be immune to prosecution.”

Regardless, tribal members will need to remain part of the discussion as the ultimate decision greatly impacts their long-standing hunting rights.

“The Tribe is committed to responsible and sustainable use of its natural resources,” said Shakespeare. “The Tribe, for generations to come, want(s) to ensure the vibrancy and availability of all the natural resources and wildlife.”

Note from Brady Miller of goHUNT: Please remember to keep comments in regards to this article civil. We allow an open discussion, but remember that everyone can read and comment on news articles.