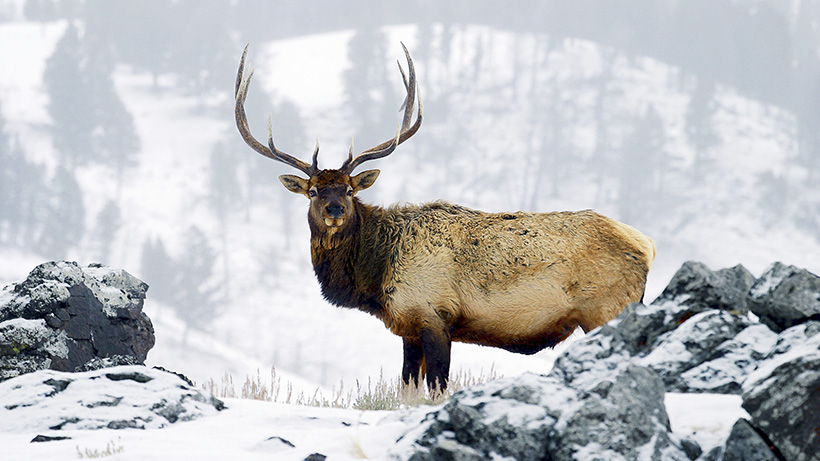 Greater Yellowstone Ecosystem (GYE) elk migration corridors remain vulnerable despite ongoing efforts to protect them. A new study published in the scientific journal Biological Conservation, found that over a third of prime elk habitat “remains wide-open for human development,” according to the Public News Service.

There are currently 26 elk herds that roam the GYE. In the new analysis, researchers showed where elk are “most vulnerable” along their migration pathways. This is important to address as elk play a critical role in “one of the last remaining intact ecosystems on the planet,” according to Laura Gigliotti, the report’s author.

“And it has this large diversity of not only migratory ungulates but large predators, and all these different species that are coexisting in this ecosystem,” said Gigliotti. “If we lose one aspect of that ecosystem, we're losing this really valuable resource.”

Specifically, Gigliotti is referring to the elk habitat that is found outside of Yellowstone National Park. While the land has been protected for the last 150 years, it is privately owned without any zoning. Because of this, it has become a focus of states like Wyoming, which recently collaborated with the U.S. Department of Agriculture on a new partnership that “offers landowners incentives to support critical wildlife habitat for elk and other migratory species,” according to the Public News Service.

Conservationists worry that as the land bordering Yellowstone becomes more valuable to developers, subdividing it “could impact the long-term health of herds” despite some research that shows elk can coexist with some levels of human development without it impacting them at all.

“But what we typically see is that when we get to about 1% to 2% development in an area, we start to see animals start to avoid those areas,” said Gigliotti.

The new USDA/Wyoming landowner partnership would help remove one of the major barriers that interrupt migration corridors: barbed wire and fencing.

“It might be restricting movement routes of where animals can go in the environment,” said Gigliotti. “One way to make this better is either to use wildlife-friendly fencing or remove fences that aren't really serving a purpose on the landscape.”