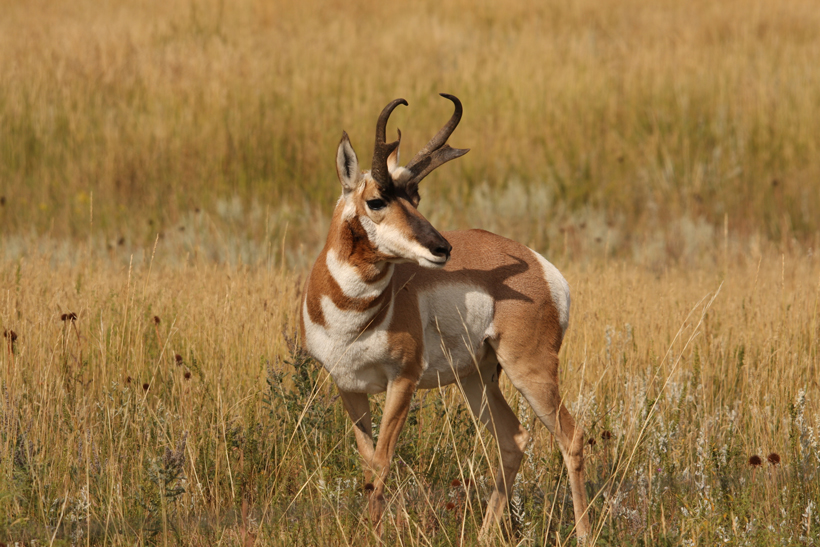 Wildlife experts initiate new study to determine just why some of Idaho’s native antelope population has not grown over the past 20 years.

Prior to European settlement in North America, experts estimate that the number of antelope was once anywhere from 20 to 40 million. Their range extended from the prairie provinces of southern Canada to the tablelands of central Mexico and even throughout much of southern California. Throughout the 19th century, however, new opportunities drew settlers westward, and human predation dramatically impacted the antelope population. By the turn of the 20th century, antelope were nearly extinct.

Thanks to diligent conservation work, such as creating antelope refuges and implementing hunting restrictions, antelope numbers were ale to slowly recover. By the late 1940s and early 1950s, the species became so abundant that some states, including Idaho, established antelope hunting seasons.

For a while, it seemed that antelope were going to make a full recovery. Yet in the mid-1990s, the population began to decline once again.

“The populations were initially brought down in areas due to harvest and subsequently haven’t bounced back, and it was like this across Idaho,” Bergen elaborates.

While antelope hunting is popular throughout southern parts of Idaho, there are far less places to hunt them compared to other game animals, like mule deer or elk.

In fact, in southeast Idaho, opportunities to hunt antelope are only available in Unit 68 north of American Falls and Unit 76 near the Wyoming border.

So just where have all the antelope gone? That’s exactly the question that researchers hope to answer with a new study that examines the factors that could potentially impact antelope numbers.

Led by the Idaho Department of Fish and Game, the study will center around antelope herds in three different parts of the state, including the big desert region north and west of American Falls.

“Some populations in the state have increased in numbers, but not in the eastern Snake River Plain,” said Scott Bergen, senior wildlife research biologist for Idaho Fish and Game.

Over the course of three years, researchers will explore a variety of factors including depredation, vegetation growth and condition, and the winter condition’s effect on fawn survival.

“Pronghorn fawns tend to have high predation rates, especially in the first week of life,” Bergen added. “When the does give birth, the fawns are fairly immobile to up to three days to a week, so they are not able to run away when predators like coyotes arrive.”

Starting on Memorial Day weekend, biologists will fit fawns with radio collars in order to survey their survival rate on a daily basis throughout the summer.

“Some of these populations can migrate up to 80 miles, so we’ll have to analyze and map their winter migration routes as well,” Bergen relayed.

Coyote scat transects and vegetation samples will also be studied.

Researchers will also be focusing their attention on antelope herds at the Camas Creek area near Fairfield and the Little Lost River and Pahsimeroi Valley northwest of Howe.

The findings could play a significant role in determining the best course of wildlife management strategies, and ultimately, help conservationists bolster the antelope population.

A healthier population is not only good news for the species, but for hunters as well.

“They are unique to Southeast Idaho and are a popular species to hunt,” Wackenhut explains. “Statewide, all of our pronghorn hunts are controlled now.”

Given the issues with Idaho’s antelope population, Idaho Fish and Game was forced to decrease the number of hunting tags available.