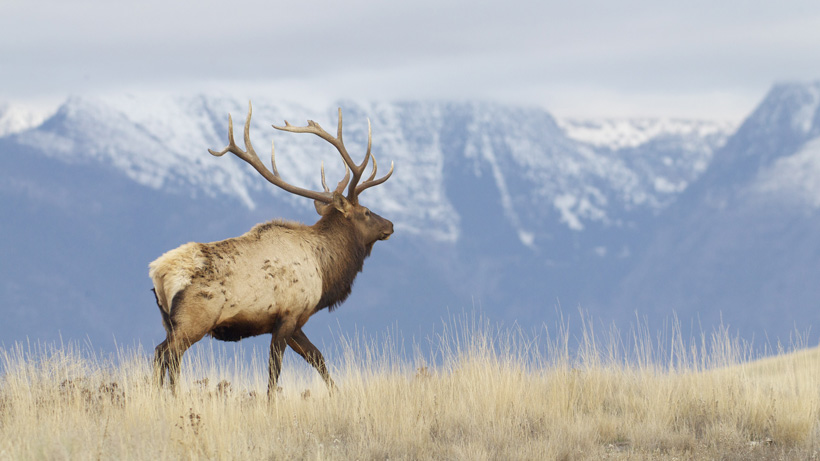 We already knew elk were pretty smart, but a new study out of Brigham Young University (BYU) just proved that Utah elk are even smarter than we thought. According to Phys.org, BYU wildlife science professors discovered that elk know exactly when they should shift from public land to private land. In fact, by the middle of rifle season, “elks’ use of public land diminished” by over 30%.

“It’s crazy; on the opening day of the hunt, they move, and on the closing day they move back,” said study senior author and BYU professor Brock McMillan. “It’s almost like they're thinking, ‘Oh, all these trucks are coming, it's opening day, better move.’”

“They understand death,” said fellow BYU professor Randy Larsen. “They get it; they've figured it out.”

The problem with this discovery is that, in Utah, large numbers of elk congregating on agricultural land can damage livestock and farming operations and, because of this, the state is required to manage elk populations to limit this as much as possible.

“The state had been getting complaints on both sides of the issue with elk migrating to private lands,” said Larsen. “One side says there are not enough elk to hunt—'Why are you issuing permits?’—while private owners are saying ‘The elk are eating us out of house and home!’”

“Allowing private-land elk hunting in collaboration with private landowners has helped Utah keep these elk populations in balance with their habitat,” said author Maksim Sergeyev. “Now there are more elk on public lands when the hunt starts and less elk on private lands negatively impacting industries and habitats.”

The project was funded by the State of Utah, Sportsmen for Fish and Wildlife, the Rocky Mountain Elk Foundation and others.