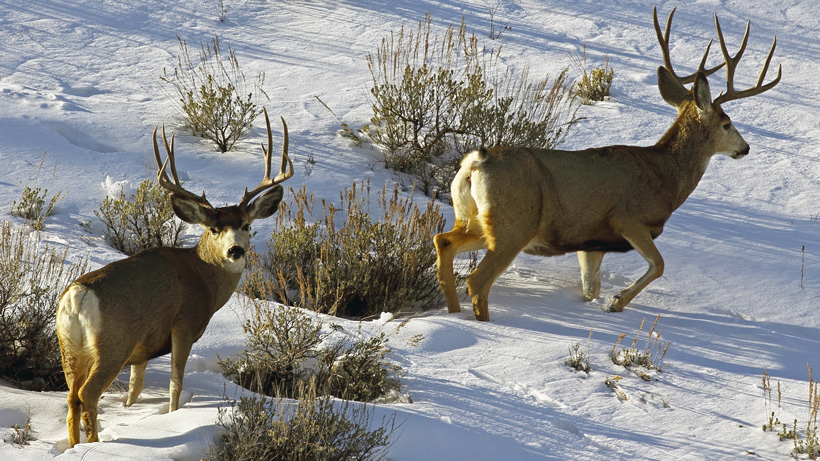 Mule deer, oil, and gas development don’t mix. At least, that’s what researchers recently determined after reviewing telemetry data from 187 deer across a 17-year period in the Upper Green River Basin of Wyoming, Phys.org reports. The study, “Mule Deer and Energy Development – Long-term Trends of Habituation and Abundance,” was published in the journal Global Change Biology and discovered that mule deer population dropped by “36% during the development period, despite aggressive onsite mitigation efforts (e.g. directional drilling and liquid gathering systems) and a 45% reduction in deer harvest.” You can check out the study here.

While the researchers didn’t make any specific recommendations, the data shows that energy development does take its toll on wildlife, particularly mule deer within the largest gas field in the country.

“Our study reveals some of the trade-offs associated with developing energy resources in critical wildlife habitat, and serves as a reminder that mitigation efforts can reduce but not eliminate impacts,” Hall Sawyer, the paper’s lead author, told Phys.org. “Long-term avoidance reduces the amount of winter range available for animals which, in turn, reduces the number of animals that can be supported on the landscape.”

The study also discovered that the Sublette mule deer herd that winters on the Pinedale Anticline has declined by nearly 40%, according to The Casper Star Tribune. This is significant because, prior to oil and gas development, the Sublette mule deer herd garnered both national and international interest from trophy hunters around the world and, in the late 90s, this particular herd was massive – with a population in the tens of thousands.

“Twenty years ago we didn’t really have a good idea of what was going to happen, if deer would avoid these areas or it would change anything or not,” Sawyer told The Casper Star Tribune. “As development progressed, it became clear quickly that deer avoided well pads. It also became clear that mule deer numbers began to drop off.”

This study is a first in looking at the long-term impact of oil and gas development on mule deer.