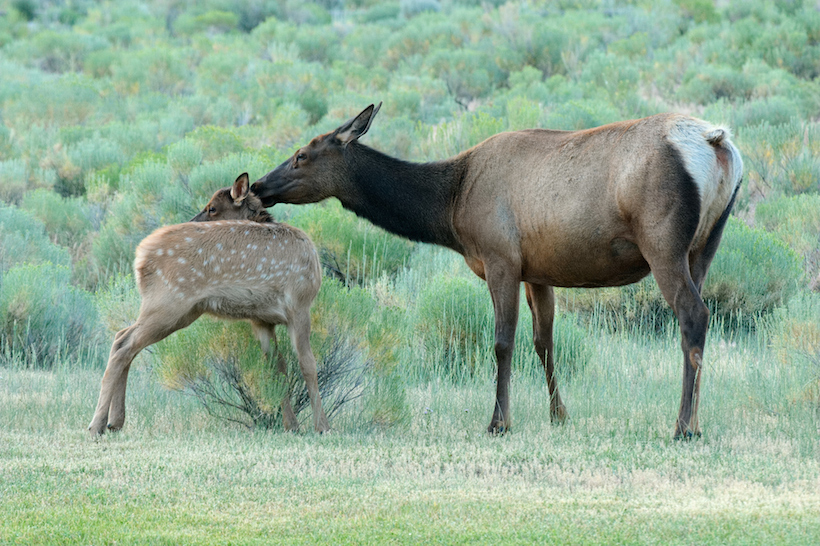 A major three-year study investigating the influence of predation, habitat and nutrition on elk population dynamics in the Bitterroot Valley, Montana has come to a close, yielding valuable and even surprising results.

Experts have monitored elk populations in the Bitterroot Vally in western Montana since the mid-1960s. Up until 2003, the numbers have steadily increased, but ever since 2004, the calf-to-cow ratios have been declining. The year 2009 marked a valley-wide historic low in elk calf recruitment.

To determine the cause of decrease in elk, the Montana Department of Fish, Wildlife and Parks initiated the Bitterroot Elk Project. The project took a look at a variety of issues, including predation from bears, black outbreak and herd productivity.

Upon launching the study, Mike Thompson, Wildlife Manager for Western Montana, said that “the hope is that this project will help us understand the causes of low elk calf recruitment and develop management regulations to increase elk calf recruitment and elk population numbers. We are especially in need of this level of detail where we intend to move carnivore populations up and down in relation to prey numbers.”

In order to monitor calf survival and mortality rates, experts located, captured and tagged elk calves. Some were marked with VHF ear tags, others fitted with expandable radio collars. The collars are designed to expand as the calf grows and ultimately break away after approximately 12 months. Collars implement the same VHF technology as the ear tags for tracking and monitoring elk calf survival.

Field staff monitored the calves daily and collected detailed investigations at each mortality event. The protocol included recording roughly 75 different pieces of data, including the state of the body, predator signs such as tracks, scat or hair, and the condition of the dead calf.

The fieldwork on this project concluded on May 31, 2014. The upcoming fall and winter months will be spent completing the analyses of the past three years of elk survival and movement data. But as for the information gathered on calf mortality, experts have already been able to determine the cause, and it was not what they had hypothesized.

“The Bitterroot Elk Project has reminded us all as wildlife biologists and managers that predator-prey systems are complex and challenging to predict and manage. Before our project started, many people were sure that the decline in elk recruitment and recent population size was due to recovering wolves, and argued that the state wildlife agency should aggressively start reducing wolf numbers. As we know through the West, this would have been a controversial management action because of the strong polarization of values around the wolf issue,” says Dr. Mark Hebblewhite, Associate Professor University of Montana.

So what is the leading cause of calf mortality? Lion predation.

“Our project revealed high densities of mountain lions that were causing five to six times more mortality than wolves, and were the leading driver behind elk calf survival and population dynamics,” says Hebblewhite.

These findings are not only surprising, but incredibly valuable when it comes to assessing the role of predators in regulating the elk population, allowing biologists to forecast the effects of alternative predator harvest scenarios, and estimating the level of hunter offtake that will be sustainable.

“With this research, the state agency can now make science-based management decisions that are defensible and also much closer to the truth than we were before we started this project,” Hebblewhite continues.

The Bitteroot Elk Project is a cooperative venture between Montana Fish, Wildlife and Parks and the University of Montana. Much of the funding for the study has been provided by a number of conservation and sportsmen’s organizations including Pope and Young, The Rocky Mountain Elk Foundation, Safari Club International, Ravall County Fish and Wildlife Association, Montana Bowhunters, and the Bitterroot and Beaverhead RAC groups.