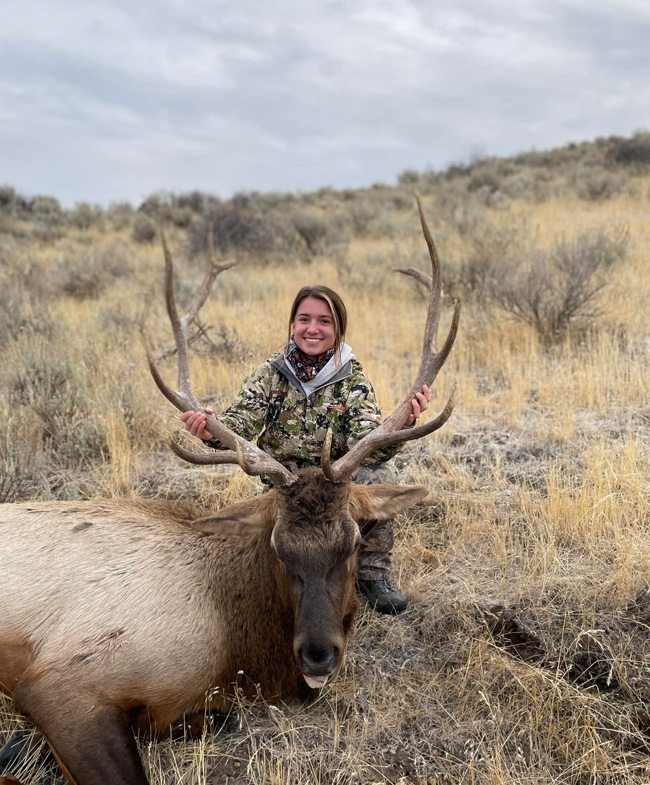 Taylor Gyllenberg got an early Christmas present when the elk antlers and skull from her trophy bull were returned to her by the Baker City Police Department last week. The elk, which Gyllenberg killed on Oct. 27 in the Sumpter Unit in Oregon, was supposed to become a European mountl, according to the Baker City Herald. However, the memento from her first bull elk never made it to her wall. Instead, after Gyllenberg and her boyfriend prepped the skull and antlers over several hours, she discovered that someone stole the trophy right from the yard of her boyfriend’s home in Baker City on Nov. 18.

Gyllenberg’s friends gathered together to offer a $750 reward for return of the skull and antlers; however, Gyllenberg didn’t hold out much hope that they would be recovered. Until Baker City Police Chief Ty Buby gave her a call on Dec. 13 to inform her that they had what they determined were her elk skull and antlers during a warrant search of 435 Spring Garden Avenue. Gyllenberg headed to the police station to ID the antlers, which she was incredibly familiar with “after devoting so much time to preparing the trophy.”

“I was so stoked — really happy,” said Gyllenberg. “It was crazy to see them sitting on the table in front of me.”

The Baker City Police Department was tipped off by someone who “wanted to do the right thing,” according to the Baker City Herald. This led them to the antlers as well as the person responsible for the theft: Joshua James Smith.

The theft is now being handled by the Baker County district attorney’s office.

Gyllenberg plans to give the reward money to the person who tipped them off. She also learned another thing about the antlers.

“I won’t be leaving them outside ever again.”