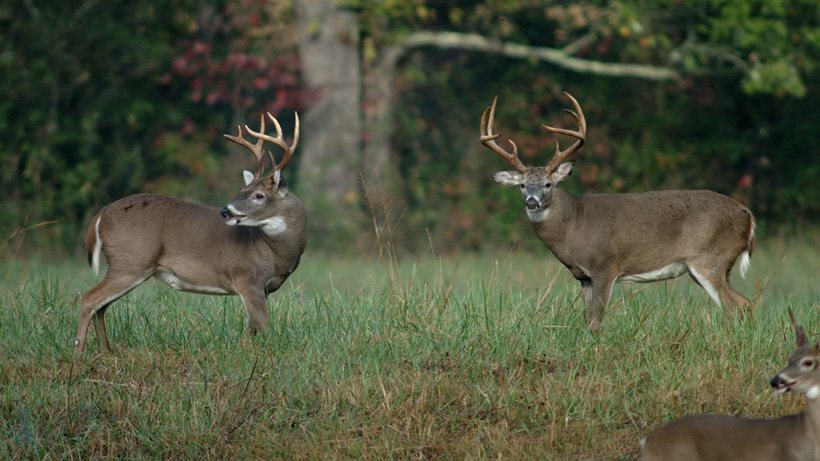 With the rampant spread of disease among deer, elk and moose, the controversial use of urine-based deer attractants is up for debate. Alaska, Arizona, Vermont, Virginia, Ontario and Nova Scotia already ban these types of attractants as well as other deer secretions, pointing to chronic wasting disease (CWD), which can be passed between animals through the exchange of saliva, feces and urine. Now, New York and Pennsylvania are debating whether to outlaw urine-based deer attractants as a means to keep disease at bay.

As goHUNT has previously reported, CWD has infiltrated Pennsylvania and officials have had to recently euthanize both an elk and a whitetail deer in an attempt to keep CWD away from healthy animals. According to the Pittsburgh Post-Gazette, the fatal disease “cannot be detected in live deer” and infected animals (mule deer, whitetail deer, elk and moose) “can produce the infectious proteins for a year before showing symptoms.” CWD prions can remain in the soil for years, resulting in countless generations of deer feeding on infected vegetation, creating a perfect storm for the disease to take hold.

Deer farmers and scent bottlers have established new guidelines to keep contamination under control; however, because multiple does contribute to the end product, keeping it 100% safe is nearly impossible, according to the Pittsburgh Post-Gazette.

“Until this product is proven safe, I don't think hunters should risk contaminating their favorite hunting spot,” Krysten Schuler, a Cornell University biologist who has studied CWD since 2002, told the Associated Press. “We can’t put the genie back in the bottle once it gets out there.”

While a decision hasn’t been made yet whether the urine-based deer attractants will be officially banned, the Pennsylvania Game Commission is definitely considering it. New York plans to vote on banning the attractants over the next few months.

For longtime hunters who use these to bring deer into the field, what do you think of banning them?