Sportsmen unite against oil and gas development in Wyoming 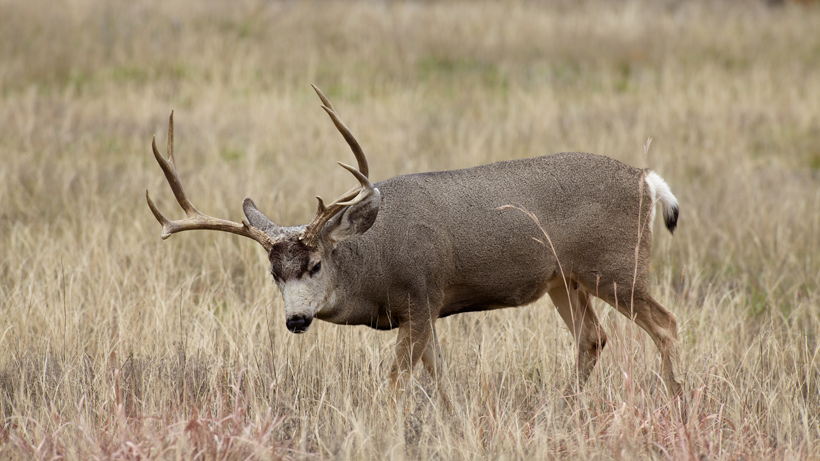 Oil and gas development is slated for 700,000 acres in southwest Wyoming – an area that falls within a prime mule deer migration corridor. The 150-mile corridor is the “longest recorded mule deer migration in the world,” stretching from “the Red Desert to an area called Hoback south of Jackson,” the Casper Star Tribune reports. Because of the significance of this area, a group of sportsmen and conservation organizations have requested that the federal government, which plans to hold an oil and gas lease sale on seven parcels of land within this corridor, wait until an updated plan to moderate energy development is completed.

According to the Casper Star Tribune, the last plan revision occurred in 1997 and an updated plan should be finalized this year; however, the oil and gas lease sale is scheduled for December.

The Muley Fanatic Foundation (MFF), the Wyoming Federation of Union Sportsmen and the Wyoming Wild Sheep Foundation are part of this request and Josh Coursey, president of MFF, says that the Bureau of Land Management (BLM) “should not move forward with oil and gas leasing in the corridor” without the completed and updated management plan.

While mule deer aren’t considered a threatened species like the sage grouse, the deer have experienced similar obstacles that impact the threatened birds, including “fragmented habitat, weather impacts like drought and energy development,” according to the Casper Star Tribune. Yet, mule deer, which are managed by the Wyoming Game and Fish Department (WGFD) do not have any specific protections or policies in place to protect them from oil and gas development, even when it may occur in a migration corridor or on winter range.

“We’re not the permitting authority, (so) that’s all we can do,” Angie Bruce, WGFD’s habitat protections supervisor, told the Casper Star Tribune. “It’s more about working with the BLM and the local person who gets the lease and saying, ‘How can we do this to make the least impact on mule deer?’”

What makes the matter a bit more complicated is that Wyoming has received “significant revenue” because of federal oil and gas lease sales and, according to the Casper Star Tribune, has actually increased the “number of parcels leased for potential drilling” because of the improved price of oil. However, recent studies completed by the University of Wyoming discovered that mule deer are impacted by the oil and gas development. One of the studies focused on 17 years of data collected on mule deer in the Pinedale Anticline, which is one of the largest gas fields in the country, noting that overall mule deer population dropped by 36%. Additionally, another study, “Mule deer and energy development—Long-term trends of habituation and abundance,” found that “deer avoided infrastructure, even after the noisy activity of construction” was completed, the Casper Star Tribune reports.

Coursey believes that “the resource management plan represents the best approach for managing the different uses of federal land, from hunting to energy.”

“By no means are we against oil and gas. We know the importance of our energy needs for the nation,” Coursey told the Casper Star Tribune. “The best-case scenario is to be mindful of the impact so that we aren’t reactive five years from now.”