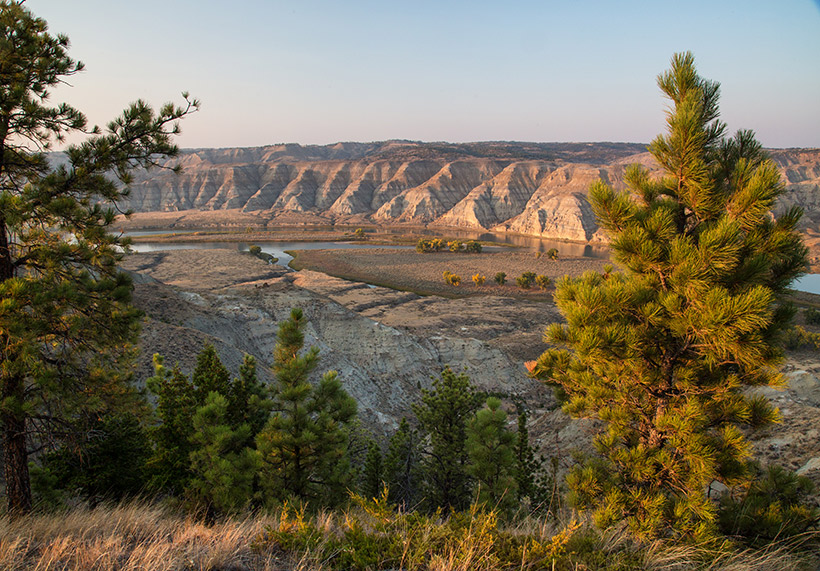 Sportsmen’s groups are urging the Bureau of Land Management (BLM) to preserve backcountry lands in Montana, arguing that though the remote country might not be wilderness quality, it still supports high-quality wildlife habitat and offers prized hunting opportunities.

The Theodore Roosevelt Conservation Partnership (TRCP) along with 95 other sportsmen’s groups have come together with one goal — to preserve and protect large blocks of multi-use BLM land that hold value to sportsmen. To do so, they are proposing the concept of a “backcountry conservation area,” or BCA.

Through BCAs, current public access would still be allowed, as would traditional uses relied upon by local communities, such as cattle grazing. Undeveloped backcountry with high-quality fish and wildlife habitat and hunting and fishing opportunities would be conserved.

Essentially, this would mean that if a large road, pipeline or transmission line was proposed, it would be rerouted to avoid the BCA.

In the BCAs, sportsmen would expect a bigger commitment from federal land managers to meet wildlife population objectives. They would also like to see management activities that restore habitat and control harmful flora.

Webster remains hopeful that a happy medium can be found in which meaningful conservation can be achieved while maintaining traditional uses, allowing for a smooth transition into new management practices of high-quality backcountry.

The sportsmen’s groups are focusing their efforts on the Lewistown BLM district, which spans from the Rocky Mountains to Winnett in eastern Montana, covering a total of 654,000 surface acres in Fergus, Petroleum, Chouteau, Judith Basin, Cascade, Teton, Pondera, Meagher and the northern portion of Lewis and Clark counties.

The BLM parcels in the area range from blocks of 40 acres to large contiguous areas of 215,575 acres. It is the larger, undeveloped parcels that the the groups hope to protect.

Four areas totaling 230,000 acres in the Lewistown BLM are under preliminary discussion as potential BCAs.

One such area is the renowned Hunting District 410, located north of Lewistown within 185,921 acres managed by the BLM in the Missouri River Breaks.

"It has no other protection, other than being BLM lands now," says Hal Herring, a field representative for the TRCP.

The multi-use landscape, which includes roads and cattle ranching, is not wild enough to qualify as wilderness. This undeveloped region happens to offer some of the best opportunities in Montana to shoot trophy elk or mule deer.

"It's got a lot of elk, it's got a lot of public access and it has a very high ratio of bull elk as well," said Sonja Smith, a wildlife biologist with Montana Fish, Wildlife and Parks in Lewistown.

In FWP's most recent survey, Smith counted 3,284 elk in the hunting district, which is 53% above objective. The numbers included 383 elk with at least six antler points per side, which is generally considered a mature bull elk.

Currently, local BLM offices are revising resource management plans for 123 million acres of the 245 million acres the agency manages across the West, says Webster. The plans will determine how land is managed for future decades.

It is through these land-use management processes that the sportsmen are hoping to convince local BLM land managers and others to embrace the BCAs. The sportsmen believe that the BLM has the flexibility, administratively, to implement BCAs under the Federal Lands Policy and Management Act, and through the planning process for the resource management plans.

"It's about land-use plans, not about legislation," said Webster, maintaining that the BCAs are a moderate approach to backcountry conservation.

However, Dan Brunkhorst, planning and environmental coordinator for the BLM’s Central Montana District, says that “multiple-use is really hard work.”

Since management of backcountry areas was last considered, there have been significant changes in values and how people use and recreate on public lands. For instance, technology advancements in fluid minerals development, like hydraulic fracturing need to be considered. There is also more demand now for motorized recreation. Also, Brunkhorst notes that updates are needed to recognize the current status of grizzly bear populations.

To find out what issues are important to the public, the BLM has been taking comments. Based on the feedback, the most important issues include wildlife habitat, recreation and visitor services, travel management, wilderness characteristics and resource uses such as oil and gas development and motorized access. One of the most prevalent themes during the initial scoping period was “keep it the way it is.” Now, the agency’s challenge is to balance the many competing values, Brunkhorst said.

"We are lucky in central Montana that, compared to the rest of the country, we have relatively intact landscapes and health ecosystems," Brunkhorst said. "So our main challenge will be to keep it that way.”

Still, the BLM has also made it clear that it will not designate a new administrative designation such as BCAs in Montana, Brunkhorst said.

The agency is, however, willing to look at the areas proposed for BCAs to assess whether or not they meet the objectives of existing administrative designations, such as areas of critical environmental concern and lands with wilderness characteristics.

BCAs also are being proposed on BLM lands in Colorado, Idaho, Nevada and Oregon.