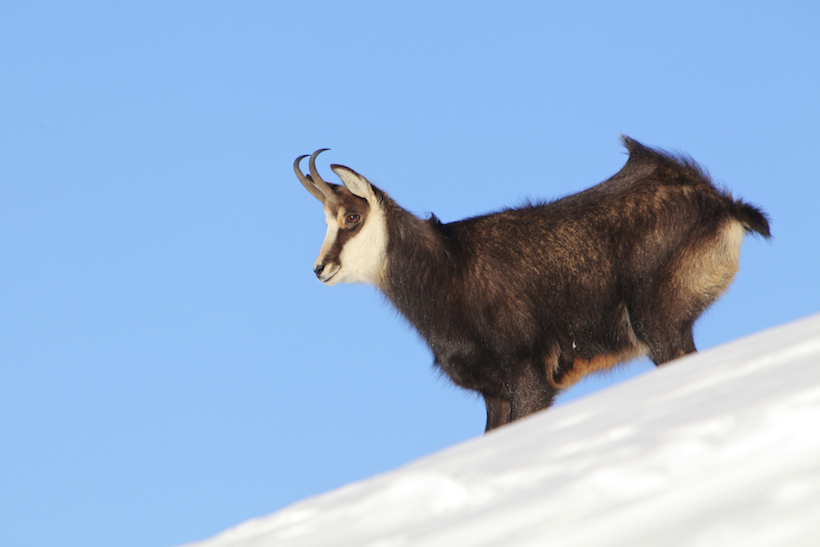 Climate change is certainly taking its toll on wildlife, but there may be some new solutions. According to new research by Durham University, some animal species could handle the effects of climate change better if competition from other animals in the same region is restricted.

Rising temperatures and shifting precipitation patterns have a profound impact on the geographic areas where plants, animals, and even insects can survive. During warmer weather, many species will migrate to higher altitudes and latitudes to find a more suitable habitat. This is particularly true during a drought.

“As the global climate warms, many animals are moving to higher latitudes and altitudes, where it is cooler,” says Dr. Stephen Willis of Durham University’s Department of Biological and Biomedical Sciences. “Many mammals in mountain environments also respond to daily changes in temperature by moving to different altitudes, following their preferred temperature range and moving to higher altitudes to avoid the midday heat.”

Yet is climate change the most important factor affecting movement? To answer that question, the Durham team studied the Alpine Chamois, a species of mountain goat, in the Italian Alps. The researchers looked at how variations in temperature impacted the altitude at which the Chamois would climb, at times when domestic sheep were either present or absent. They found that the Chamois tended to travel to higher altitudes to find reprieve on warmer days, but would move to even higher altitudes when domestic sheep were present.

“The presence of flocks of sheep — which compete with Chamois for food — disturbed the normal behavioral patterns of Chamois, forcing them to much higher elevations than they would normally use,” says Willis.

These findings, published in the journal Global Change Biology, offer profound insight into how managing the proximity of various species could greatly impact changes in animal distributions during climate change.

“Species might be squeezed in future due to a combination of climate change and competition with new species expanding into their current habitat,” says leading author and former Durham PhD student Dr. Tom Mason.

“Our finding offers an intriguing new possibility to help some threatened species cope with climate change by potentially restricting the expansion of competitors in some situations. In the case of Chamois in the Alps, this could involve restricting sheep from higher elevations in some areas,” Mason adds.

Dr. Philip Stephens, fellow study co-author, adds: “We often think of climate as the major determinant of where animals live. However, this study shows that the effects of species interactions could be more important than the predicted impacts of climate change.”

The study also found that Chamois can further change their behavioral patterns during warmer weather by seeking shelter rather than relocating to higher altitudes. The ability to adjust behaviors could also suggest that some species are more adaptable to climate change than previously believed.