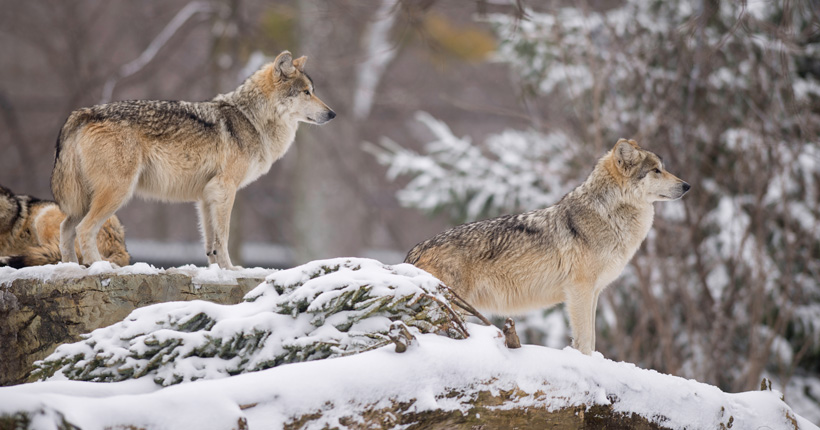 With only about 100 Mexican gray wolves left in the wild, the U.S. Fish and Wildlife Service (FWS) is spearheading another push to help the dwindling Mexican gray wolf population. Yet, FWS is facing opposition by leaders within several western states who say that bringing the recovery efforts north expands beyond the wolves’ historic range and could be detrimental to state welfare and economy.

According to The Salt Lake Tribune, the Utah Wildlife Board wrote a letter addressed to Interior Secretary Sally Jewell, that said the push for wolf recovery efforts into the state was a bad decision that would impact not only elk and deer herds (like neighboring states Montana and Idaho), but would also affect state revenue since hunting licenses alone bring in $34.5 million.

In addition, many who oppose the introduction of the Mexican gray wolves into other areas for recovery feel that the push north is misguided. In a letter signed by governors from Utah, Arizona, New Mexico and Colorado, the state leaders question the scientists in charge of the recovery effort, hinting at political agendas rather than true science. The letter states:

"The panel as presently constituted will be driven as much or more by personal agenda than by science. This is unacceptable. Given that 90 percent of the subspecies' historical range is in Mexico, any serious recovery planning effort must headline a Mexico-centric approach rather than the translocation of the subspecies out of its historical range into new, previously uninhabited ranges of northern Arizona / New Mexico and southern Utah / Colorado."

Additionally, the states are requesting that scientists on the team are approved by each state’s government and that “[n]o consideration should be given to terrain north of Interstate 40, the freeway that cuts across Arizona and New Mexico about 130 miles south of the Utah state line,” according to The Salt Lake Tribune.

Yet those directly involved with the recovery, like Mike Phillips, say that scientific evidence shows that without the wolf range expanding into Utah and Colorado, it “is doomed to fail because remaining wolf habitat in Mexico and southern Arizona and New Mexico lacks the prey base and is too fragmented to sustain the wolves' recovery.”

FWS has not yet responded to the governors’ requests. FWS scientists in charge of the Mexican wolf recovery effort will meet with state representatives and other stakeholders at the COD Ranch outside of Tucson, Arizona, later this week.