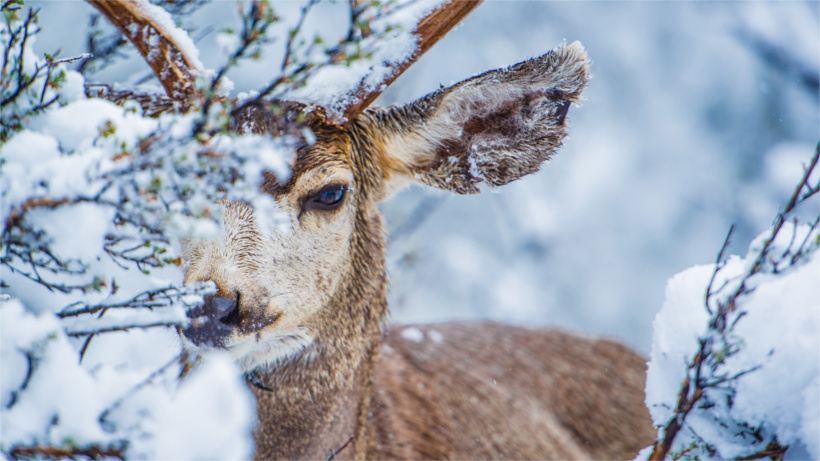 With the harsh winter weather behind us, Wyoming Game and Fish Department (WGFD) biologist have good news: southeast Wyoming wildlife is in good condition. While winterkill is always a possibility, current big game tallies are positive and, according to WGFD biologist Lee Knox, there hasn’t been “any significant die-offs,” according to the Wyoming Business Report.

“There was a time period when we were getting a little nervous, that first couple weeks in January,” says Knox. “We had some really cold temperatures followed by some big snows.”

This is especially good news for hunters as winter surveys discovered increased buck to doe ratios and stable herds, which should lead to increased hunting opportunities this fall.

“(With) the moisture we’re currently getting and the snowpack we got, if things green up this spring and stay green until the fawns and calves drop in late May/early June, things should be pretty good,” Knox told the Wyoming Business Report.

Unfortunately, big game herds in western Wyoming haven’t fared as well with mule deer fawn mortality at a high of 80% in the Sublette and Wyoming Range herds. WGFD biologists are hopeful that the spring thaw will help stabilize herds within this portion of the state as food becomes more available. As deer and other wildlife emerge from winter and transition to spring, WGFD asks that residents remember to give them space; recovering from harsh winter conditions takes time and, often, energy reserves they don’t really have.

“It takes them a while for their digestive systems to switch over to the protein from green and new growth,” says Knox. “People need to remain cautious about pushing wildlife or disturbing them. Even though it seems nice out, it’s still a while before they’ll start putting on body fat and truly start to recover from the winter.”