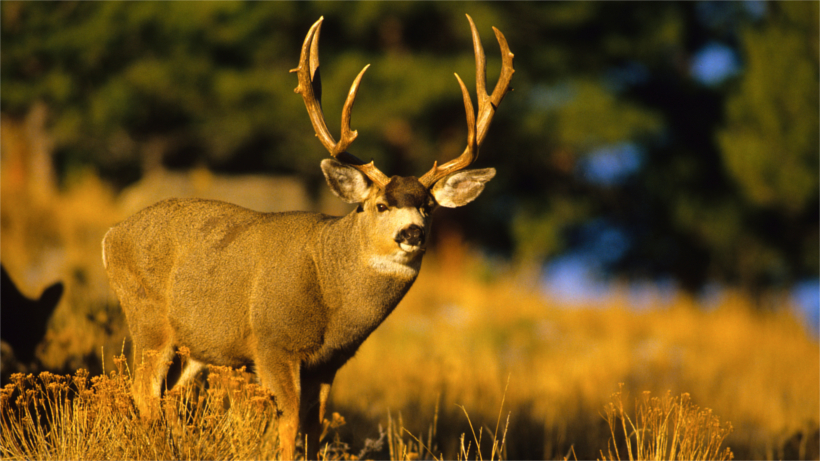 Mule deer numbers are down in South Dakota and South Dakota Game, Fish and Parks (SDGFP) wants to change that. The state recently released its 2017-2023 Deer Management Plan – a document over 400 pages long – which concentrates primarily on increasing mule deer numbers within the western portion of the state.

While the state is home to both whitetail and mule deer, whitetail deer populations aren’t really a concern with an estimated 425,000 of them compared to 115,000 mule deer, according to the Rapid City Journal. The main difference between the two types of deer is their growth rates; whitetail deer tend to surpass mule deer in population growth, which accounts for the high number of whitetail deer within South Dakota.

Because of this, mule deer numbers are nowhere near those of whitetail deer, which is why SDGFP is interested in bringing mule deer populations back up to a substantial number. Yet, while hunters may be after a trophy mule deer buck, the irony is that SDGFP doesn’t actually base its current population maps off of buck harvests. According to the Rapid City Journal, the population maps are actually based off of the antlerless mule and whitetail deer numbers and few licenses have been available for either since 2010.

“Buck harvests are based off success rates and the overall opportunity we could provide,” SDGFP statewide wildlife big game biologist Kevin Robling told the Rapid City Journal. “It’s tied to objectives like hunter success, hunter satisfaction and historical harvest rates. If we have all three we feel good about all three in an area we could provide more opportunities.”

“One of the things that drives our directives is hunters' and landowners' wants and desires,” Robling continued. “People want to see more (mule) deer across Western South Dakota. It’s not a blanket statement but by and large the opinion we're getting is to increase mule deer.”

Whether the agency’s call for increased mule deer populations will impact hunting opportunity is still unknown. Robling says that the agency won’t make the final call on the number of tags until May.