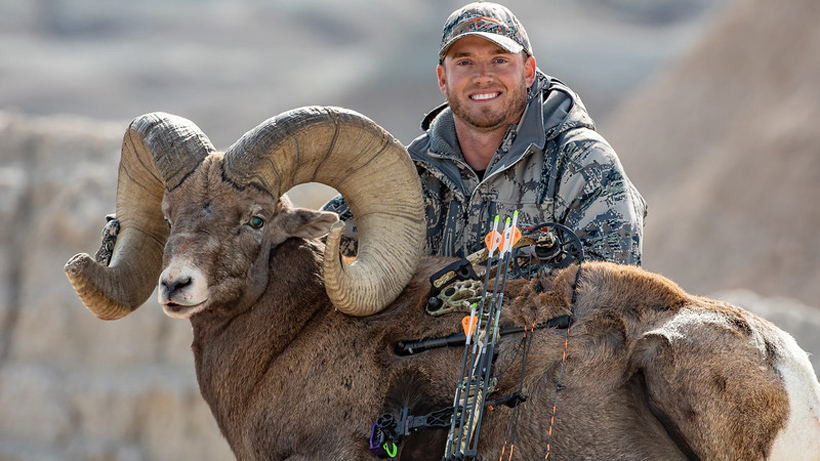 “I couldn’t believe it when I got the phone call that my name had been drawn for the first and only bighorn sheep unit in the Badlands of South Dakota! I have been dreaming of the opportunity to draw a tag like this since I started applying religiously at the age of 12,” said Miller in a press release. “I went into this hunt knowing that there were some spectacular animals in the area, but it was beyond my wildest dream that I would be after the new Pope & Young Club World Record!  Thank you to everyone that helped along the way, mostly to my wife Becca for taking care of the family while I made dozens of scouting trips. What an honor and a privilege it was for me to be able to watch these incredible animals all year long a short road trip from my backyard!”

"The Rocky Mountain bighorn sheep is such an American icon. To have the privilege to be part of a special Panel of judges to authenticate its final score was a special treat,” said Ed Fanchin, P&Y records chair, in a press release. “This ram exceeded the previous Pope and Young Club Rocky Mountain bighorn sheep world record by almost 10", a record that stood for the last 20 years. Congratulations to Clayton and the South Dakota Department of Game Fish and Parks for practicing sound wildlife management.” 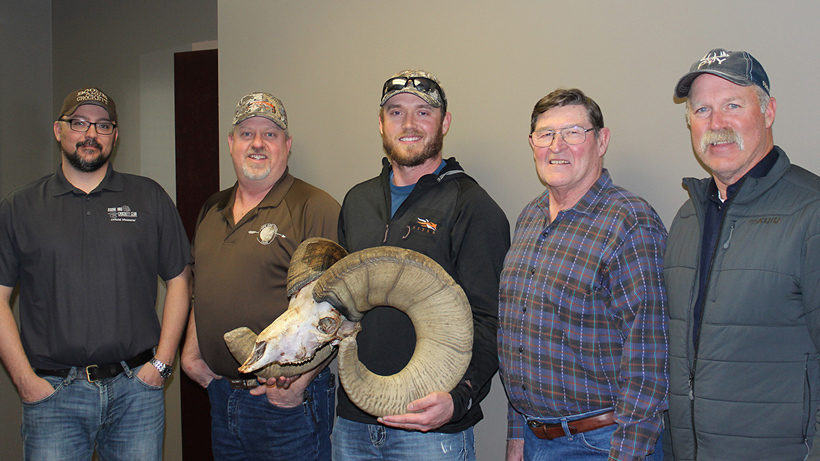 “Boone and Crockett would like to join Pope and Young in congratulating the hunter on his record-setting ram,” said Justin Spring, B&Y records director, in a press release. “In addition, we also would like to thank all those involved (both state employees and volunteers) in the restoration efforts bringing a robust population of bighorn sheep back to South Dakota.  This is a true testament to the North American Model of Wildlife Conservation and a shining beacon of what can be accomplished with efforts and funds being dedicated to wildlife.”

The ram will be on display during P&Y’s annual convention in April.