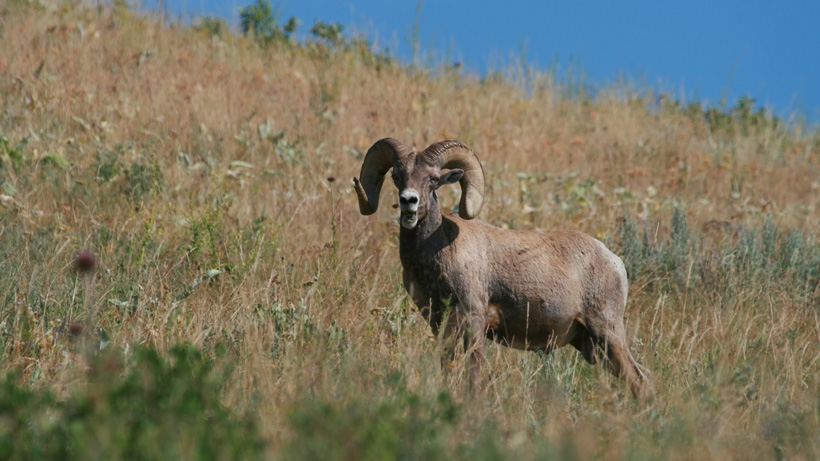 For nearly two decades, the South Dakota Department of Game and Fish (SDDGF) has worked towards bighorn sheep recovery through relocation and breeding projects. While the recovered herd continue to persist, despite pneumonia outbreaks and other factors, not all South Dakota residents are supportive, particularly a third-generation landowner in the Hell Canyon region of the southwestern Black Hills.

Dan Stearns lives on a ranch within this area and told the Rapid City Journal that the reintroduced bighorn sheep – now nearly 130 strong – steal food and water from his cattle, “damage his fences and flatten his grass and alfalfa.” The SDDGF has not ignored Stearns’s objections and has tried to fix the situation by offering to pay Stearns about $30,000 to compensate for the damage and food eaten. The agency has also offered to help fence-in areas for hay storage and install special wildlife resistant fencing to protect his land. In fact, state officials have even “offered to guide wildlife away” via aircraft, the Rapid City Journal reports.

Yet Stearns has turned down all of this help, saying to give in lessens the blow bighorn sheep cause livestock producers and ranchers in general.

“If I take their money, then they’re going to be done with me and I’ll be forced into accepting their way,” Stearns told the Rapid City Journal. “It won’t change the way they do things.”

Stearns believes that his standoff will show wildlife officials that they need to accommodate landowners rather than try to placate them. While SDDGF agrees that landowners are the key to bighorn sheep recovery, the agency argues that Stearns has been unwilling to cooperate or budge on his opposition to recovery efforts.