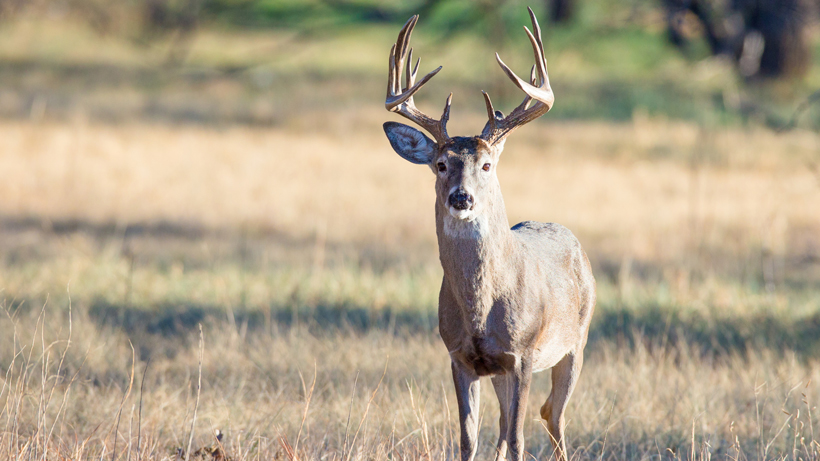 If you’re going to do something illegal, it’s probably a good idea not to brag about it online. A teenager was arrested after doing just that, essentially leading the Texas game wardens right to his door. According to KSAT, the Angelina County teen posted pictures of the illegally killed whitetail deer – a deer “known to frequent a hayfield at night near a county road” on Facebook. The post said the teen killed the buck with a bow; however, that’s not exactly what happened. 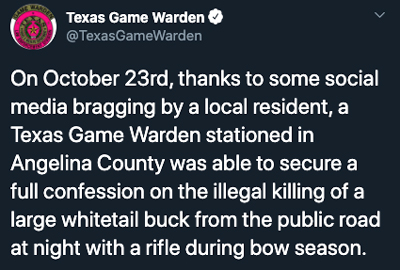 When game wardens arrived at the supposed kill scene, they saw marks on the ground “where the buck was dragged from the hayfield to the road.” Upon further investigation, the deer’s hide and carcass were discovered in a nearby creek. Once the carcass was recovered, another game warden with bowhunting experience was “called in for a second opinion” to decide whether the deer was actually killed with a bow like the teen said, KSAT reports. 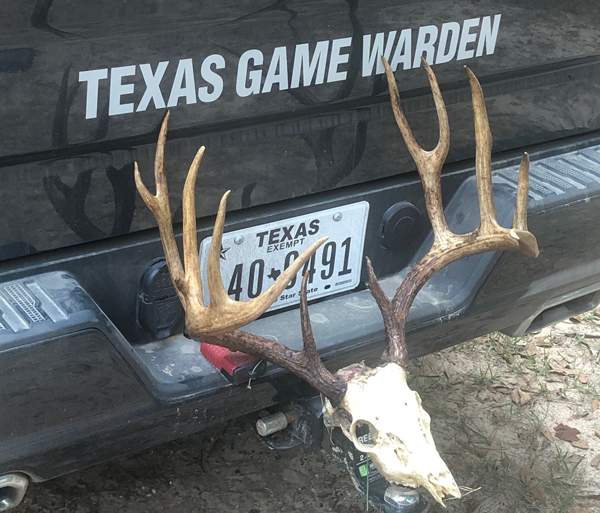 The whitetail deer that was poached by a young teenage boy. Source: The Texas Game Warden's Twitter

“After a quick examination, the wardens agreed the deer had been shot with a rifle and then a bow,” said the Texas Parks and Wildlife Department (TPWD).

In Texas, Angelina County’s archery season runs Oct. 3 to Nov. 6, which means the teen illegally used a rifle to kill the deer. After game wardens informed a family friend of the teenager that they had collected evidence to prove the deer had been poached, TPWD says the teen made a full confession; however, the exact charges and restitution are still being determined.