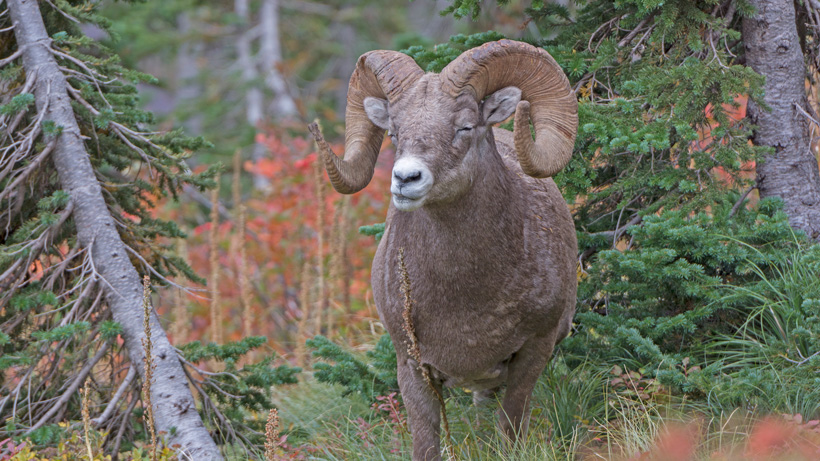 Want to hunt bighorn sheep in South Dakota? Great! Because the South Dakota Game, Fish and Parks (SDGFP) officials want you to, too. In fact, they want a lot of hunters interested so they can raise extra money for Gov. Kristi Noem’s pheasant hunting initiative.

According to the Sioux Falls Argus Leader, SDGFP is planning on its bighorn sheep hunting license, which goes for about $85,000 in the Wild Sheep Foundation’s annual auction, to raise more money. That way, any funds that are “in excess of $85,000” will be split equally between two funding sources rather than all of it going back into the state’s bighorn sheep auction fund. Half will go into the state’s game production areas while the other half will go into the Second Century Habitat Fund, which is a nonprofit created by the governor “to boost pheasant hunting in the state,” the Sioux Falls Argus Leader reports.

As goHUNT previously reported, a South Dakota hunter now holds the new world record for Rocky Mountain bighorn sheep, which was killed in Pennington County last October and verified by both Boone & Crockett and Pope & Young. This is why SDGFP officials think that they may surpass the $85,000 easily during the upcoming bighorn sheep license auction.

The change in how the funds are allowed to be spent became official during the South Dakota Game, Fish and Parks Commission meeting last week. According to SDGFP Commission Chairman Gary Jensen, “the proposed change is an ‘unprecedented, challenging issue’” and “is really the first time that this approach has been taken where we have an auction with regard to a specific critter, and the money doesn't go back to that critter.”