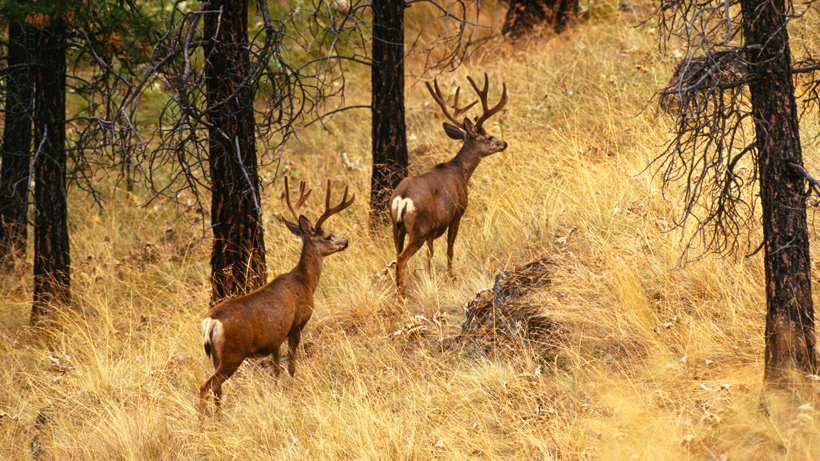 Scientists get to use some pretty neat tools to track wildlife population, migration routes and predator-prey relationships. The latest way to gather this sort of data? By teaming up with NASA and using satellite imagery gathered from outer space.

David Stoner, a researcher in the Department of Wildland Resources at Utah State University, is part of a group of wildlife scientists using this type of satellite imagery along with animal population data “to study the movement of mule deer and mountain lions in Utah, Colorado and Nevada,” Utah Public Radio (UPR) reports. They hope to use the imagery to determine whether there is a connection between plant growth and population size in certain areas and to specifically determine how many mule deer and mountain lions are moving closer to urban areas, which could definitely increase wildlife-human interactions.

“Now mule deer are the main prey item for mountain lion. So mountain lions, their abundance is tracking variation in the abundance of their food resource,” Stoner told UPR.

According to Stoner, using the satellite imagery to predict wildlife-human interactions “could help state land managers prepare the public” for these increased interactions, especially when wildlife infiltrates residential areas. The findings from this study could also help create programs that would “prevent collisions involving wildlife,” according to UPR. The current research will also gauge how much human migration and land use changes can affect animal populations.

“The whole Southwest are the fastest growing region of the country, more people moving in and this prompts more land use change,” says Stoner. “The conversion of wildland into urban or agriculture roads and so imagine these two factors combined. A more stressful environment with a more fragmented environment. So this equates to more interactions between humans and wildlife.

Stoner and his research team published their findings in the scientific journal Global Change Biology, which can be accessed here.