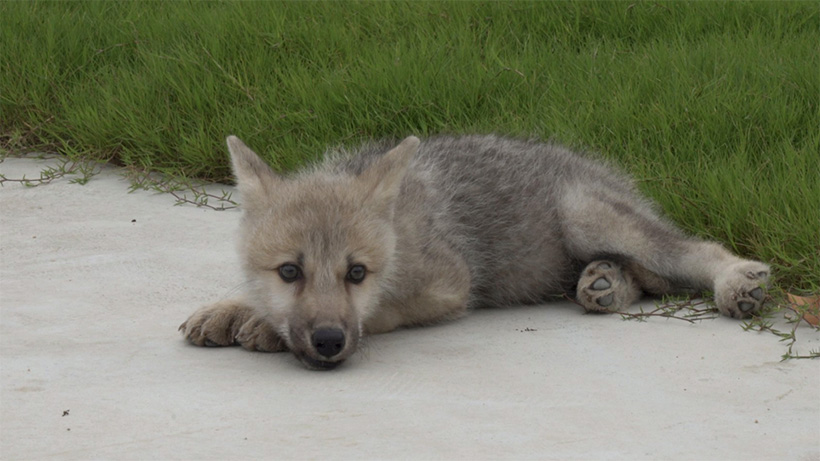 What if scientists could bring back extinct or endangered species? Well, that’s exactly what these Chinese researchers are trying to do with the first cloned Arctic wolf. The pup, dubbed Maya 2.0, is now 100 days old and thriving, according to FreeThink.

“After two years of painstaking efforts, the Arctic wolf was cloned successfully,” said Mi Jidong, Sinogene Biotechnology’s general manager, during a press conference in Beijing. “It is the first case of its kind in the world.”

The project is a collaboration between Sinogene Biotechnology, a Beijing-based biotech, and the polar theme park Harbin Polarland. Researchers used skin cells donated by Maya, an Arctic wolf at Harbin Polarland. From those cells, 136 embryos were created using female dog eggs. Out of those, 85 were transferred into seven beagle surrogates, according to FreeThink.

In July, a healthy cloned Arctic wolf was born.

While animal cloning isn’t new, it’s not easy. In fact, when Scottish scientists cloned Dolly the sheep back in 1996, it took 276 tries before they were successful.

This project shows that healthy clones of endangered or extinct animals can be recreated though rare wild animals could be more difficult. There are other teams working to bring back the Tasmanian tiger and, even, the woolly mammoth, according to FreeThink.

The wolf is currently living with its surrogate mother and will be transferred eventually to Harbin Polarland where it will likely live out its life due to a lack of socialization.