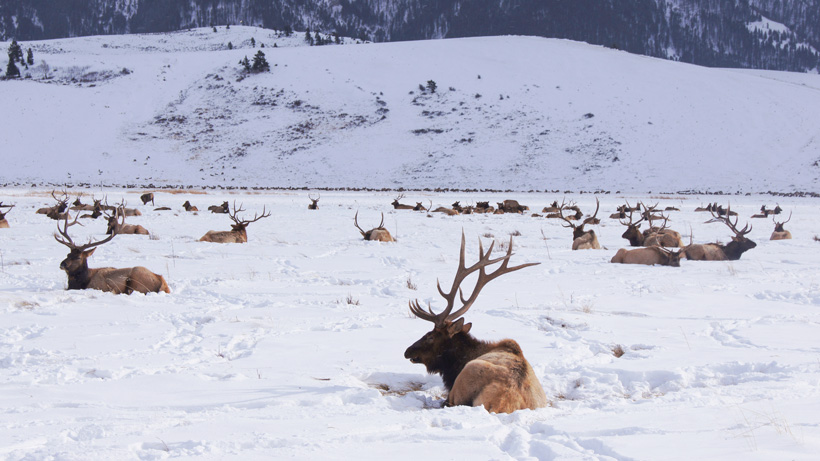 “We have not, as an association, entered into any sort of intervener status on previous lawsuits,” said WOGA President Sy Gilliland. “This was our red line in the sand, so to speak. We have no intention of seeing Wyoming lose any of the state feedgrounds or the National Elk Refuge.”

Gilliland says that losing the feedlots “would lead to the ‘decimation of elk hunting’ west of the Continental Divide.”

Earthjustice represents the plaintiffs, which include the Center for Biological Diversity, the Sierra Club and the National Wildlife Refuge Association (NWRA). As goHUNT previously reported, the current lawsuit challenges the Dec. 31, 2019 plan, which was the result of a different lawsuit filed in March 2019 by the Sierra Club, NWRA and Defenders of Wildlife. The current plan calls for the availability of alfalfa pellets during harsh winters to help elk survive when natural forage isn’t available. However, the plaintiffs argued that it took too long to roll that plan out and have requested that FWS “phase out the 108-year-old feeding program on the refuge,” according to the Jackson Hole Daily; a decision that SCI, WOGA and JHOGA say is “not a sustainable solution.”

All three groups plan to intervene in another elk feeding dispute, which was filed in April and targets the Dell Creek, Forest Park and Alkali Creek feedgrounds that are used by the Wyoming Game and Fish Department.

“It’s something that’s important to all of the outfitters in this area,” said Carlton Loewer, president of JHOGA, "and we all felt that it was something that we needed to have a seat at the table for.”