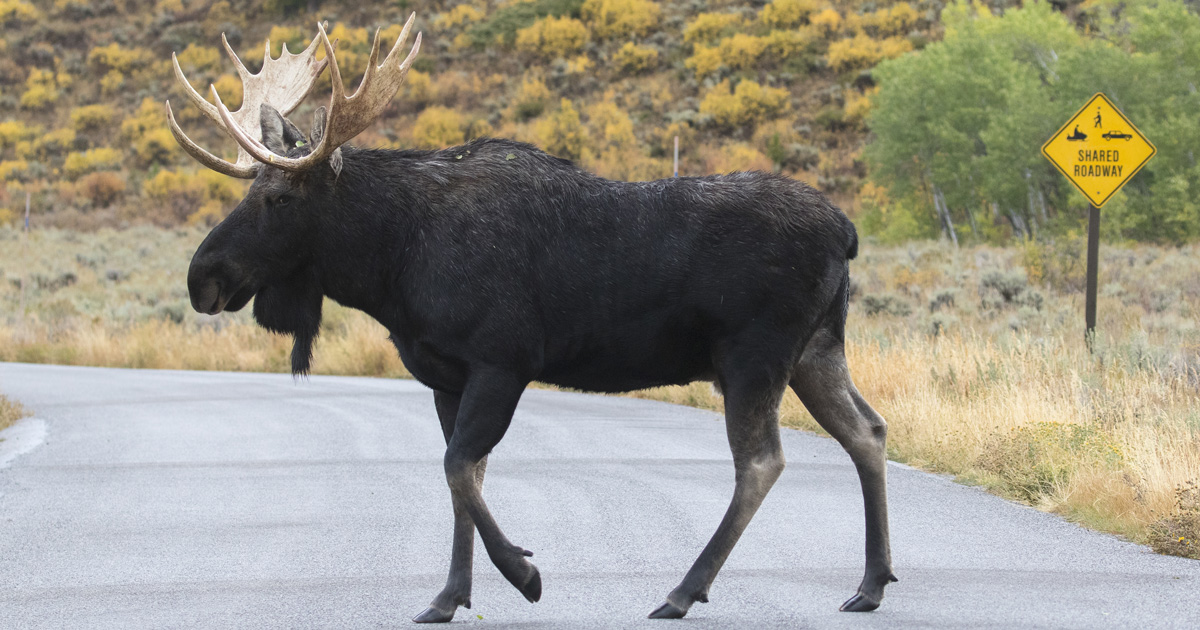 As days become shorter and sunlight scarce, Alaska motorists need to take extra precaution when driving dark roads. Moose-vehicle collisions are an unfortunate norm in the northern state, particularly on the Kenai Peninsula, where hundreds of these collisions occur each year along Alaskan highways and roads.

The Safari Club International Foundation (SCI Foundation) and Alaska’s Kenai Peninsula Chapter of SCI have been working with the Alaska Department of Transportation over the past five years to create signage that will help warn motorists to stay vigilant in certain areas, especially those with high speed limits.

According to SCI Foundation, the Kenai Peninsula is home to roughly 6,000 moose and about 250 moose are struck by vehicles each year, sometimes killing both the motorist as well as the animal. 90% of these accidents involve cow moose and calves; many go unreported. Unfortunately, the shorter days play a role in their prevalence: most accidents occur in December, January and February.

Recently, these organizations worked together to install three new large yellow “Moose Crash Area” signs in specific areas. They hope that the new signage to replace worn signs will help reduce the number of collisions and keep both motorists and wildlife safe.