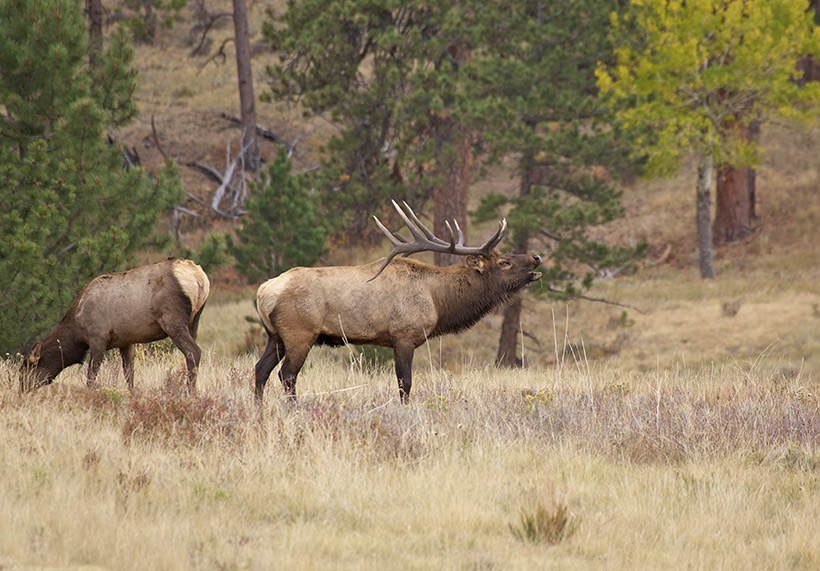 Last week, RMEF announced that it had acquired 988 acres of private elk habitat in south-central Montana, which it conveyed to the Helena National Forest.

Located in the upper Missouri River watershed on the west slope of the Big Belt Mountains, the move essentially broke up a pattern of private and public land, said Blake Henning, RMEF vice president of Lands and Conservation. "It [opened] land never before accessible to the public and secur[ed] a new entry point into adjacent public land for hunting and other recreational outings," he said.

The particular area contains large groves of aspen, Douglas fir, grasslands and sagebrush, and it is home to large numbers of elk year-round. It also provides habitat for deer, black bear, mountain lion and other wildlife, and it is a migration corridor for grizzlies, lynx and other species.

Still, the elk foundation had more news this week, following up the Montana announcement with news that it had also secured 2,893 acres of elk habitat in south-central Washington. The property is a key point for elk migration, with as many as 2,800 of them moving between their higher elevation summer range and their winter range on Cowiche Mountain. The area is about 15 miles northwest of Yakima on the east slope of the Cascade Mountains, and mule deer and bighorn sheep reside there as well.

Both acquisitions were completed with help from external sources; for Washington, it was in collaboration with the Cowiche Canyon Conservancy (CCC) and the Washington Department of Fish and Wildlife (WDFW). In Montana, RMEF worked with Helena National Forest and the four sisters that make up the Neild Family Partnership.

Since its founding over 30 years ago, RMEF has conserved more than 6.4 million acres for elk and other wildlife.