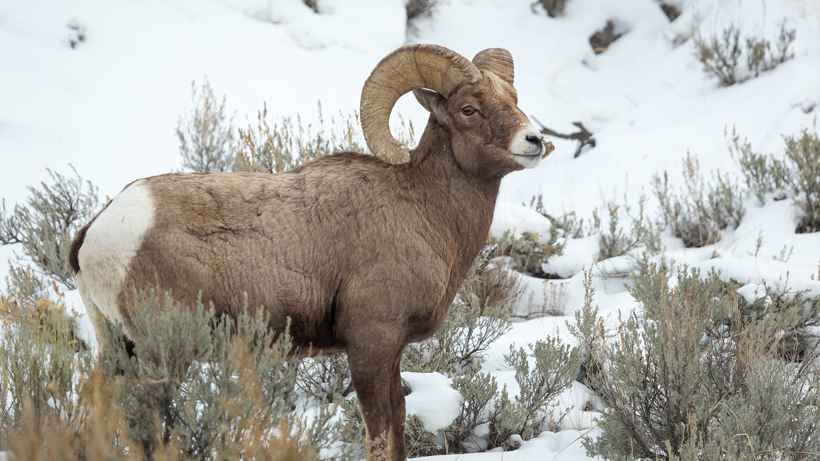 Utah’s Antelope Island bighorn sheep are dying. The herd, which was comprised of 150 animals during last year’s count, now consists of a mere 26 animals: four rams, 20 ewes and two lambs, KSL.com reports. The rest have succumbed to a respiratory disease—an issue that hadn’t plagued this particular herd in its entire history on the island.

Bighorn sheep were once native to Antelope Island, but after pioneers arrived, they disappeared. There wasn’t an established herd until 1997 when the Utah Division of Wildlife Resources (UDWR) reintroduced 29 bighorn sheep “to create what the division calls a nursery herd, to help start new populations throughout the state and bolster existing ones,” according to UDWR spokesman Mark Hadley.

“Wild bighorn sheep, they're really strong, hearty animals. They're really tough,” said Hadley, who added, “This disease has taken all of the sheep.”

UDWR says there isn’t a vaccine or medication that can be used for the disease, which can cause the animal to suffer, and has decided it’s best to lethally remove the rest of the herd to prevent further spread and incubation of this fatal respiratory disease. They’ll do this by shooting sheep with a rifle from a helicopter.

“In this situation, we would rather end an animal’s life as fast as we can than allow it to suffer a slow, painful, agonizing type of death,” said Hadley.

UDWR hopes to reestablish a new herd on the island.

“It’ll take a lot of years to build it back up, but we’re excited to be able to start that herd up again at some point in the future,” said Hadley.

Bighorn sheep from the Antelope Island herd are moved to other areas. According to KSL.com, the last time a relocation occurred was in January 2018 and all of those animals “were tested and free of disease.”