Researchers may change how grizzlies are counted in Greater Yellowstone 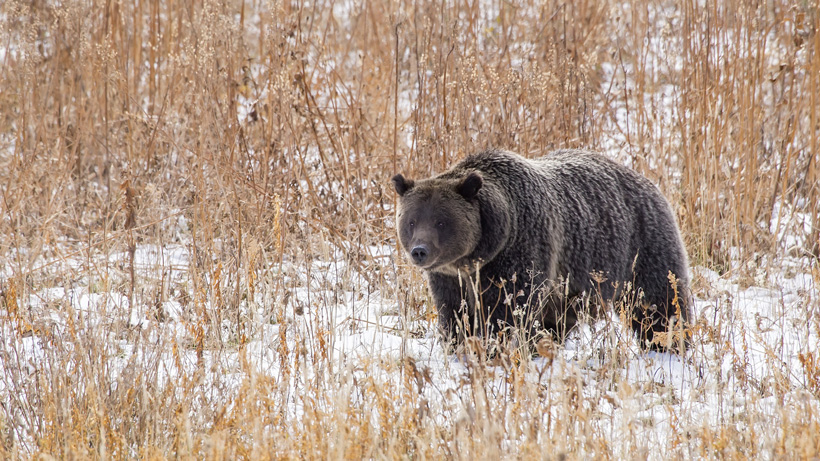 Is the grizzly bear count in and around Yellowstone National Park accurate? Not necessarily. While the current official count is 727 grizzlies, the leader of the Interagency Grizzly Bear Committee (IGBC), which includes representatives of the U.S. Fish and Wildlife Service, the Bureau of Land Management, the U.S. Geological Survey (USGS) and members of Idaho, Montana, Washington, Wyoming and Native American wildlife agencies, believes that the count could be closer to 1,000 grizzly bears living in the Greater Yellowstone Ecosystem (GYE), the Wyoming News Exchange reports.

This is because of how bears are currently counted using the Chao 2 population estimator. Chao 2 is set up to “intentionally … underestimate the population,” according to the Wyoming News Exchange. Because of this, IGBC’s study team leader Frank van Manen believes there could be 40-45% more bears than actually reported.

Last October, van Manen suggested looking at a possible revision to the Chao 2 that “would bring population estimates closer to the actual number of bears in the ecosystem than the current conservative estimate.” If this occurred, it could increase the population estimate to roughly 1,000 grizzly bears living within the federally defined suitable habitat: the demographic monitoring area (DMA).

“Scientists can’t count every bear in an ecosystem encompassing nearly 20,000 square miles in the three-state area bordering Yellowstone,” said van Manen, adding “that doesn’t count the 6,500 square miles that the species occupies outside the DMA.”

“Without someone throwing millions of dollars extra at [monitoring efforts], I don’t see a way of being able to monitor [outside the DMA] into the future,” said van Manen, a research wildlife biologist with USGS.

While the revision could be beneficial to future population models, not everyone supports a change in the way grizzlies are counted, especially if it supports a move to remove Endangered Species Act protections from GYE grizzly bears.

How bears are counted is considered “critical,” added Rice.

“A lot of management decisions flow from that estimate,” said Rice. “If an estimate is going to be hundreds of bears more, then that really needs to be rigorously studied. Are they real bears or are they paper bears?”

The proposed change would focus on how far a grizzly sow can “reasonably be expected to travel with cubs,” according to the Wyoming News Exchange. Using data that dates back to 2008, van Manen has identified several different distances and, while he expects it to still be incredibly conservative, it would be “less conservative” than the current distances of 30 kilometers (or about 18 miles).

The current distance he feels “comfortable” with is 16 kilometers.

“When we go to smaller criteria, we’re getting into an arena where we are dealing with overestimation. That’s a place where you want to be real careful because it’s still better to underestimate just a little bit rather than overestimate,” van Manen said.

The subcommittee has not requested any formal changes to how the grizzlies are counted, but van Manen is expected to present information regarding population estimates at the spring meeting.