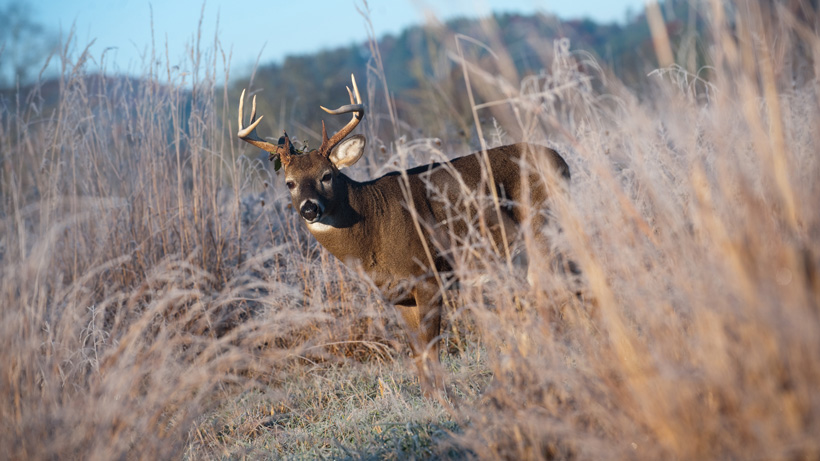 Twelve separate whitetail deer units in North Dakota have reports of epizootic hemorrhagic disease (EHD). Because of the widespread reach of the disease within the western part of the state, hunters with whitetail licenses in Units 3D1, 3D2, 3E1, 3E2, 3F1, 3F2, 4A, 4B, 4C, 4D, 4E and 4F can turn them back in for a refund, according to the North Dakota Game and Fish Department (NDGFD). Bonus points will be restored to anyone who does, resulting in “the same number of points prior to the 2020 deer gun lottery.”

Over 9,000 whitetail deer license holders are eligible for refunds.

“While we first received reports of isolated deer deaths in August, loss of deer to this disease appears to have extended into October and covers a large area of western North Dakota,” said Bruce Stillings, NDGFD big game supervisor. “Fortunately, the current weather pattern is colder than average temperatures with below freezing conditions during the night which will likely end this year’s outbreak.”

The agency moved forward with the refund option once it was determined that continued reports of EHD could impact hunter success. EHD is a spread through biting midges, which are only killed with a hard freeze, and infected whitetail deer almost always die from it. However, according to NDGFD, the meat is considered safe to handle and consume as “EHD is not known to cause disease in humans.”

If you think you might like a refund, Stillings says to first check your unit since EHD outbreaks are not the same in all units.

“The whitetail population has not been decimated and in many areas a good harvest is still needed,” said Stillings.

If you do move forward with requesting a refund, you will need to mail your tag and a note requesting the refund due to EHD to NDGFD’s Bismarck office by Nov. 5.