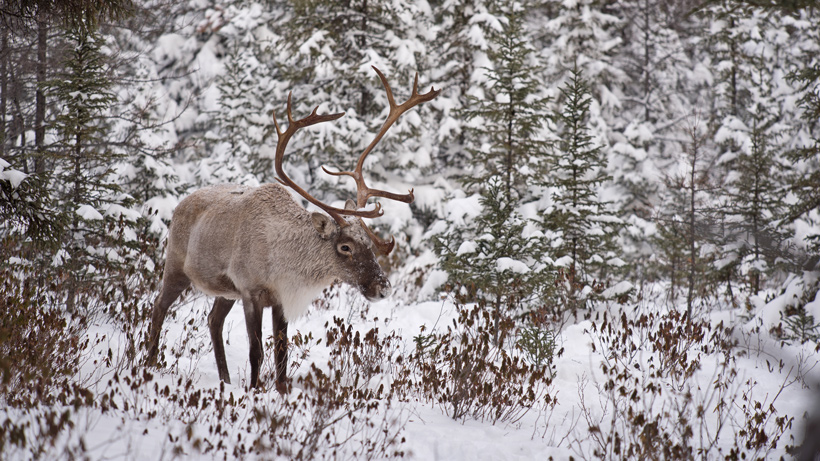 Does Montana have some new residents moving in? Maybe. Once native to northwest Montana, woodland caribou haven’t been spotted within the contiguous U.S. for nearly 50 years; however, several recent sightings near the U.S.-Canada border could be a signal of their return. According to Montana Fish, Wildlife and Parks, multiple documented sightings – by hunters and local residents – have included both a bull and a cow in separate locations.

And neither animal is part of the Selkirk herd.

“We did not know they were up here,” Dillon Tabish, a spokesperson for MT FWP, told The Spokesman-Review. “They didn’t have radio collars on them.”

While an MFWP biologist confirmed that it was, indeed, caribou after a hunter sent a photo in for identification, the fact that two caribou happen to be in northwest Montana could just be a fluke and nothing more than that.

“I guess to be optimistic I’d like to think that maybe there are a whole bunch more that moved outside of our census area and we missed them,” said Leo Degroot, a wildlife biologist in British Columbia who has extensive experience working with caribou over the past 15 years. “But I would say that would be very optimistic. That’s likely not the case.”

In fact, Neil Anderson, the MFWP Region 1 wildlife manager, says the most reasonable explanation for the animals’ appearance is that the two traveled south from Canada and into Montana. Anderson is one of many wildlife officials working with Canadian biologists “to determine what the next steps are,” though he says “it’s likely officials will do nothing,” according to The Spokesman-Review.

For hunters, it is important to know the difference between caribou and mule deer so as to not make a mistake when filling their tags. According to MT FWP, both animals are similar in size, but caribou “have different coloration, large round hooves and unique antlers.” Cow caribou even have small antlers.

“There are three weeks left of big-game hunting season in Montana. Hunters are reminded to be sure of their target and beyond,” said Anderson.

Meanwhile, Tabish says that “everyone is marveling at” the first sighting of caribou in Montana since 2012.

“It’s a pretty neat moment for Montana,” said Tabish. “These sightings are few and far between unfortunately.”