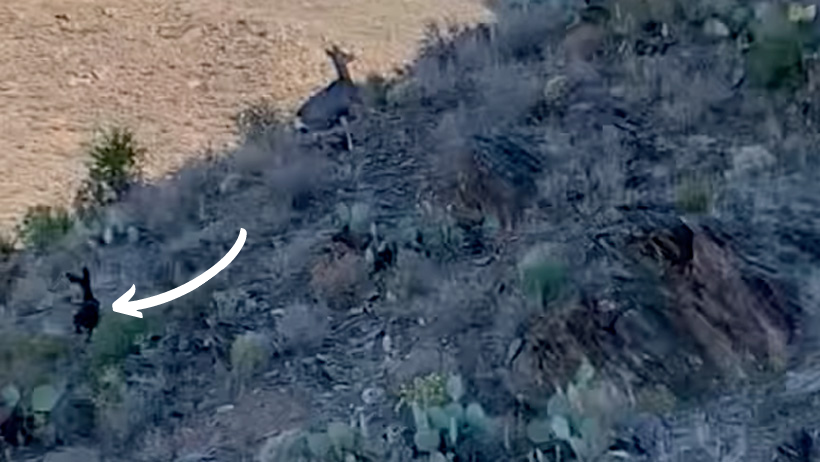 Image captured from the video of the black mule deer

It’s not an April Fool’s Day joke: there really is a black mule deer fawn in Texas. Texas Parks and Wildlife Department (TPWD) biologists spotted the incredibly rare fawn during routine wildlife surveys in the Trans-Pecos Wildlife District, according to a Facebook post.

The condition is known as melanism and causes a genetic mutation in the melanicortin 1 recpetor gene that “leads to an over production of the pigment melanin.” It’s only estimated to be in one in several million deer, making this rare sighting the “rarest of the rare,” according to TPWD. Other genetic conditions that are slightly more common are albino deer or piebald mule deer.